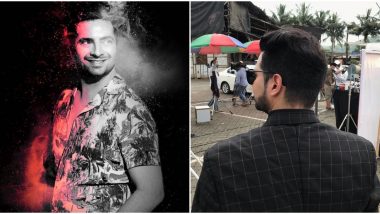 Confirming the news the actor told Bombay Times, "I was waiting for a good script, and when I was offered this role in Shubhaarambh, I immediately gave it my nod. I am playing a judge in a competition, and the character is different from my previous ones. While viewers have so far seen me in softer roles, this character is serious, virtuous and morally upright." RIP Saroj Khan: Karan Mehra and Nisha Rawal Remember Nach Baliye Stint With Late Choreographer and Her Rs 101 Shagun To Them (View Post).

Karan achieved instant recognition with his role of Naitik in YRKKH and played the role for more than seven years, before he quit due to health issues. Karan later on went to explore the reality TV space having participated in Bigg Boss 10. Karan was also a part of Ek Bhram... Sarvagun Sampanna in 2019.

(The above story first appeared on LatestLY on Sep 05, 2020 01:22 PM IST. For more news and updates on politics, world, sports, entertainment and lifestyle, log on to our website latestly.com).