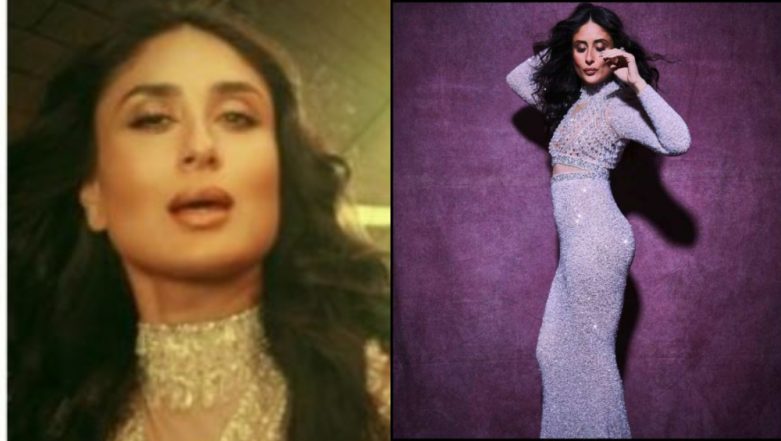 It is official. Kareena Kapoor Khan will be judging the next season of Dance India Dance. The first promo of the upcoming season was launched by the channel last night and it has taken the internet by storm. Who would not be interested in Kareena's TV debut?  In the new promo, we see the actress grooving to the new theme of DID, looking gorgeous as ever. This will be the seventh season of the dance reality show and there seems to be a new twist in the format. The title has been revamped to Dance India Dance: Battle of the Champions. The promo also introduces Raftaar and Bosco Martis as judges.

Kareena is quite a good dance herself. It is sad that she was not given much to do in the promo. It is mostly her walking around and flipping her hair and such. It is a tad disappointing. We cannot wait to watch Kareena bust out some dance moves when the Dance India Dance: Battle of the Champions airs. The premiere date for the show has not been announced yet.

Dilin se Max se Raftaar. This is the Big News I promised you all. Life ka full circle complete. Honoured to be chosen as a judge for the new season of @zeetv Dance India Dance with the queen Kareena Kapoor Khan and Sir @boscomartis . Shukriyaa un sabka jinke pyaar se yeh mukaam haasil hua hai. "This one is for my family and my day ones." 🙏 #raa #raftaar #judge #danceindiadance @danceindiadance.official #positive #blessed #peace #thankful

On the work front, Kareena is going to be quite busy. She is all set to start shooting for Angrezi Medium, with Irrfan Khan and Radhika Madan. She will also be seen in Dharma Productions' Good News. There has been no update about Takht post the cast announcement, but we are hopeful that the movie will go on floors soon.