Rasika Dugal on Delhi Crimes’ Emmy Nomination: Thrilled That It’s Getting the Recognition That It Deserves

The web series Delhi Crime has been nominated for International Emmy Awards 2020 and actress Rasika Dugal, who features in the hit show, feels it has won recognition by striking balance between being interesting and sensitive. 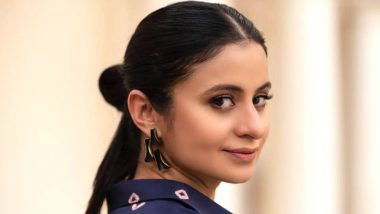 The web series Delhi Crime has been nominated for International Emmy Awards 2020 and actress Rasika Dugal, who features in the hit show, feels it has won recognition by striking balance between being interesting and sensitive. "I feel 'Delhi Crime' is a very sensitively and intelligently made project. I am really proud of working on it. I am thrilled that it's getting the recognition that I feel it deserves," Rasika, who played a cop in the series, told IANS. Exclusive! Arjun Mathur On His International Emmys Nomination and How Zoya Akhtar Reacted to his Big Achievement

The series is vying for honours at the International Emmys alongside shows from Argentina, Germany and the UK in the Best Drama Series category. The first season of the show followed the story of the Nirbhaya rape case of 2012. Asked what clicked with everyone, Rasika replied: "I think the case itself. The Nirbhaya rape case affected a lot of people very deeply. It was horrific and gruesome. As a society, we should not forget it. We should remember that we, as part of society, allowed a crime like this to happen." International Emmy Awards 2020: Arjun Mathur, Four More Shots Please, Delhi Crime Manage to Bag Nominations in Different Categories

"Besides, it's an engaging police procedural series. It's made in a way that's interesting yet sensitive, which is a very difficult balance to have," she added. She felt that the makers dealt with the subject with a lot of sensitivity. "The director, editor and cinematographer were so well aligned. They dealt with the material with sensitivity. Even while watching it, I was moved by some of the choices they made.

For example, it talks about a rape case, but you don't see the act. It was a sensitive decision on the part of the director. When I watched the series for the first time, I felt honoured to be a part of it," said Rasika. The show will soon return with a new season, highlighting a different case. Rasika did not reveal details about the case to be focussed, but shared that she has finished shooting for its second season.

(The above story first appeared on LatestLY on Oct 01, 2020 11:27 AM IST. For more news and updates on politics, world, sports, entertainment and lifestyle, log on to our website latestly.com).