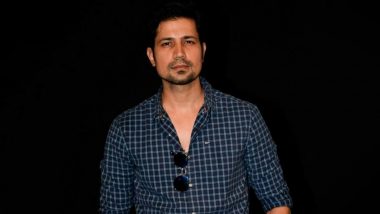 He says: "It's been great. I mean we made two seasons of it. We thoroughly enjoyed making each and every episode of the two seasons, when we were making videos. And uh, what also happened is that after the second season, a lot of similar kinds of shows came out, you know, and as it so happens that when something works, you know, everybody wants to make something similar to that." "After a couple of years or three years is when the first Audible idea came about and we were really excited because it was like a fresh take on the whole show and premise and the world of it," he adds. Prateik Babbar Gets His Mother Smita Patil’s Name Inked On His ‘Heart’ (View Post)

On the question of his perfect timing with Nidhi on the audio show, Sumeet replies: "I don't think the timing was that, that much of an issue. I mean, thankfully we had great scripts, again, and that has always been the forte of TVF. They have a good eye for good writers, and they really back their writers, I mean I can speak this with a lot of honesty. Because I've written for them. I wrote this other show for them called 'Triplings'. So, the sort of it's almost liberating; the kind of freedom that they give their writers, the respect that they give their scripts and that shows in their content."

'Permanent Roommates' was the first web show that came out in 2014. From there to now a number of web series have been released. But do you see that there will be a digital boom in the future and Sumeet answers: "I don't think any of us had an idea that this would turn into something so big. And I guess that's why we were able to do it the way we did it. But by the time they start writing it, they realise that there is more to this story and there's a lot of meat in it so they must explore it. I would say, so none of us have an idea of this is going to be a huge thing. In fact, even when we made Tripling and TVF pitchers. Nobody knew that this was going to almost start a new medium for the Indian entertainment industry."

(The above story first appeared on LatestLY on Oct 17, 2021 05:47 PM IST. For more news and updates on politics, world, sports, entertainment and lifestyle, log on to our website latestly.com).