Khushwant Singh has left behind a rich legacy of literature and enriched Indian writing in English immensely. His other great contribution was to the field of journalism. 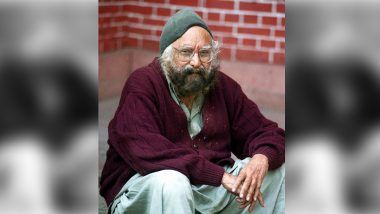 Khushwant Singh would have turned 103-years-old today. The grand old man of letters, as Singh was fondly known in the literary circles, was born on February 2, 1915, in Hadali, now in Pakistan. Khushwant Singh grew up in New Delhi and studied law in Delhi’s St.Stephan College and King’s College London. He also practised law for some eight years but it was clear to him that’s not his calling. Although, once he found his voice in writing, he helped many others to find their calling in writing.

In his lifetime, Khushwant Singh could be called both controversial and scholarly. His writing could not only be irreverent but also funny. But one quality that he had in abundance was honesty. He could be bitter and vitriolic but not even his biggest critics can term his writing as dishonest. He wrote what he saw and he often saw things more clearly than others. He employed his skills as a journalist even when he was writing a novel or a history of the Sikhs. Similarly, even his columns as a journalist had the mark of someone who was gifted as a writer.

How many can even entertain the thought of writing an obituary about themselves let alone actually write it when still alive? Khushwant Singh wrote an epitaph for himself while he was alive. Alive and kicking, some would say. The other person who did that before him was Sadat Hasan Manto. This was not the only thing common between Singh and Manto.

Looking back at both Khushwant and Sadat Hasan's works, one would be drawn to bring out the similarities between these two giants of literature from the sub-continent. Partition was a theme that resonated deeply with both Singh and Manto. One of Singh’s best-known works is the celebrated novel ‘A Train to Pakistan,’ which revolves around Partition of undivided India into two independent nations namely India and Pakistan. Manto’s best known short story ‘Toba Tek Singh’ that has become a literary masterpiece and has been read and performed widely since independence, took a satirical take on partition through a story based on lunatic asylum.

Both Manto and Khushwant Singh were fierce secularists and attacked communalism. Perhaps the idea that their work represented was the idea of freedom of speech. Khushwant Singh, for all his life as a writer and public commentator, was a great hope for contrarians and all those who believed in calling out hypocrisy. But some of his decisions were also puzzling. For example, him supporting ‘The Emergency’ declared by Indira Gandhi. Later, Singh said that he supported the emergency because he felt that Jayprakash Narayan, the leader best known to stand up against former Prime Minister Indira Gandhi in the 70s and who had given the call for ‘total revolution’ was encouraging the people to take law in their own hands and that the protests against the then Indira Gandhi government was growing violent with each passing day.

However, even then in the capacity of the editor of ‘The Illustrated Weekly Of India’ he published his letter to Jayprakash Narayan, in which Singh told Narayan that he was wrong but he also printed Jayprakash Narayan’s reply because in his own words “I believe, and still believe, freedom to speak one’s mind is the basic principle of democracy”. That sentence alone shows how committed he was to the idea of democracy and most importantly, to the idea of India.

Khushwant Singh has left behind a rich legacy of literature and enriched Indian writing in English immensely. His other great contribution was to the field of journalism. In today’s time, when journalism is facing challenges in the form of fake news and lack of credibility, the journalism community can look up to him for inspiration. Even his epitaph had his signature style and humour of the kind only Khushwant Singh could create. A few lines from his epitaph would be the best way to end-  “Here lies one who spared neither man nor God/ Waste not your tears on him, he was a sod/ Writing nasty things he regarded as great fun/ Thank the Lord he is dead, this son of a gun.” (Death at my Doorstep, Roli Books).

(The above story first appeared on LatestLY on Feb 01, 2018 11:38 PM IST. For more news and updates on politics, world, sports, entertainment and lifestyle, log on to our website latestly.com).