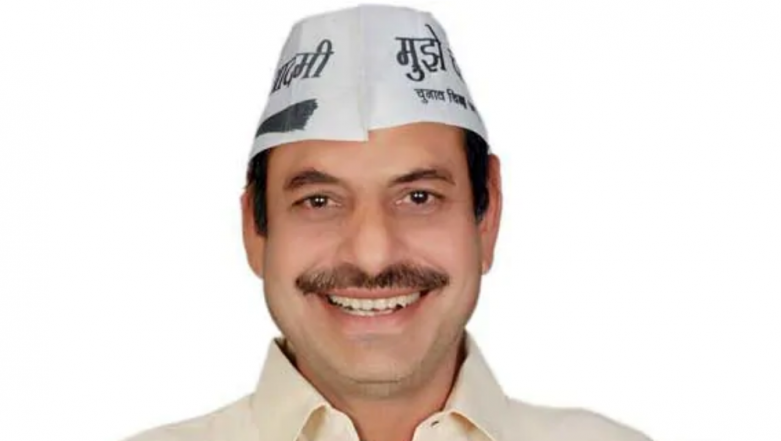 New Delhi, Sep 6:  Delhi's Patiala House Court on Thursday imposed fine of Rs 6 lakh on Aam Aadmi Party (AAP) MLA Sahi Ram Pahalwan in connection with the assault of a youth in September 2016. According to a tweet by ANI, the Court has also imposed a fine of Rs 2 Lakh each on two other private persons identified as Subhash and Lalit. Pahalwan is an AAP MLA from Tughlakabad.

In August, a city court had convicted Pahalwan in the same case. Additional Chief Metropolitan Magistrate Samar Vishal convicted Pahalwan and his associates, Subhash and Lalit, for voluntarily causing hurt by a sharp object, wrongfully restrain and common intention under a section of the Indian Penal Code.

Delhi's Patiala House Court imposes fine of Rs 2 lakh each on AAP MLA Sahi Ram Pahalwan and two other private persons in connection with assault of a youth in September 2016. (file pic) pic.twitter.com/GQeWV54SdK

The complainant had informed that police that a cemented road was being constructed in a lane outside his house in Tekhand. He alleged that the legislator had "threatened" the supervisor who was observing the construction to stop work. According to a report by PTI, he claimed that he called the legislator and tried to know his opposition to construction of the road at which he "threatened" him also with "dire consequences".

A case under sections 324 (voluntarily causing hurt by dangerous weapons or means), 341 (punishment for wrongful restraint), 34 (acts are done by several persons in furtherance of common intention) of IPC was registered against him.