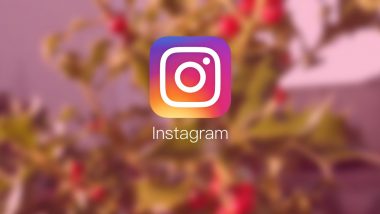 Patna, August 15: A 22-year-old youth was arrested by Bihar Police on Friday for opening a fake Instagram account on behalf of former PM Manmohan Singh and duping people. The youth has been identified as Someshwar Singh, who is pursuing his higher studies to become a soil scientist from Dun Business College in Dehradun.

According to a report, published in the New Indian Express, Someshwar was trying t dupe the people through a fake Instagram account by taking undue advantage of growing political acrimony between the BJP and Congress leaders. The state police arrested him within 24 hours of the case being reported to DGP Gupteshwar Pandey from an intelligence source, reports the daily. Bengaluru Violence: Police Arrest 60 More People for Triggering Riots Including BBMP Corporator Irshad Begum's Husband.

Informing more about the case, ADG (HQ) of Bihar Police Jitendra Kumar stated that the cyber-cell of Bihar police following DGP Gupteshwar Pandey's input on one such fake Instagram profile account in the name of Dr Manmohan Singh office.

Briefing about the Someshwar's process of duping people, ADG Kumar said that accused opened an account in the Kotak Mahindra Bank at Bhagwanpur branch in Muzaffarpur district, while the donations were asked through QRT of a Paytm account operated by another accused Somu Kumar. The ADG said, "When the cyber cell started investigating into this, it got a mobile number-8210039492, issued in the name of a woman Poonam Kumari of Muzaffarpur district. The nodal officer of Paytm disclosed to the police that a youth named Somu Kumar has been using the number."

Adding more, police said, "The cyber cell informed the Muzaffarpur SSP Jaykant, who immediately formed a special team that arrested Somehwar Singh of Sheohar district, living at Baraya in Muzaffarpur." Police also claimed that the entire operation was cracked within 24 hours. Police have recovered one mobile phone with 2 sim cards from the possession from the accused.

(The above story first appeared on LatestLY on Aug 15, 2020 04:31 PM IST. For more news and updates on politics, world, sports, entertainment and lifestyle, log on to our website latestly.com).