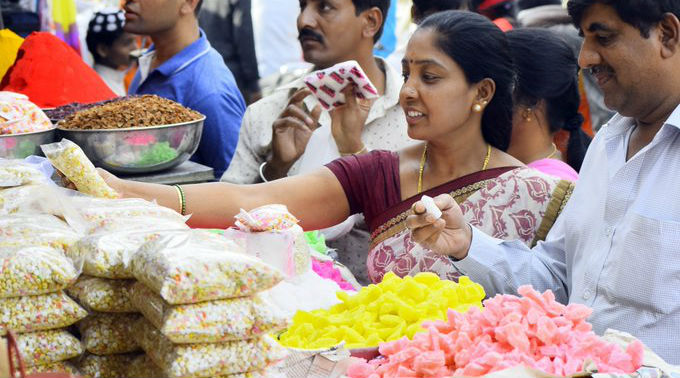 New Delhi, January 20: Consumer sentiment has nosedived by 7.3 percentage points in January 2020, according to the latest India Primary Consumer Sentiment Index (PCSI), as measured by Thomson Reuters, in partnership with Ipsos.

The major cause for this pessimism is the depleting confidence around personal spends and investments. Even confidence about the economy is low, though confidence around jobs has slightly moved up. IMF Trims Global Growth Estimates for 2020–21, Cites Economic Slowdown in India, Other Emerging Nations.

"Inflation and prices of essential commodities have been going up due to the US-Iran standoff and uncertainty around the US-China trade war. It has jacked up oil prices and the cost of living. Also around this time, IT planning is a strain on incomes. Additionally, global slowdown has impacted India's economic growth as well, as economies are becoming increasingly interdependent," says Amit Adarkar, India CEO & APAC Operations Director, Ipsos.

The monthly PCSI, which is driven by the aggregation of the four weighted sub-indices, has plummeted for at least 3 of the 4 sub indices. The four sub-indices are: Current Conditions Index; Expectations Index; Investment Index; and Jobs Index.

The findings have come out from an Ipsos online poll conducted between December 20, 2019-January 3, 2020. For this survey, a sample of 500 adults from Ipsos' India online panel aged 16-64 was interviewed online.

Ipsos Public Affairs is a non-partisan, objective, survey-based research practice made up of seasoned professionals. It conducts strategic research initiatives for a diverse number of American and international organisations, based not only on public opinion research, but elite stakeholder, corporate and media opinion research.