The woman, identified as Sulakshana Narula, has been missing since September, 2018. 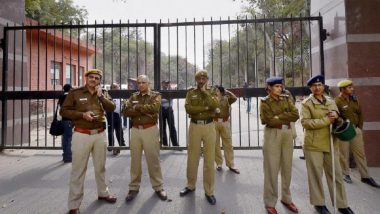 New Delhi, April 17: An inspector in the Delhi Police Crime Branch is allegedly waiting for a go-ahead from his astrologer so that he can resume in searching a missing woman. The shocking detail came to light after the family members of the woman complained that the inspector was holding back the investigations because of his superstition.

The case relates to a missing Air India manager and the inspector in question is Vijay Samaria. The woman, identified as Sulakshana Narula, has been missing since September, 2018.

When the family members of the missing woman tried to approach inspector Samaria, he reportedly asked them for the woman's horoscope. He showed the horoscope to his astrologer, who told him that the inspector as well as the woman was passing from a bad phase and that inspector Samaria would find her once the "bad times" end. The so-called bad phase is supposed to end by April 19, 2019.

Abhinav, the younger son of Narula- the missing woman, has even created an app to locate her. However, the police has denied all the claims of delaying the investigations under the influence of superstition. The police even said that they sent police teams to various locations to search Narula, but to no end.

(The above story first appeared on LatestLY on Apr 18, 2019 12:24 AM IST. For more news and updates on politics, world, sports, entertainment and lifestyle, log on to our website latestly.com).