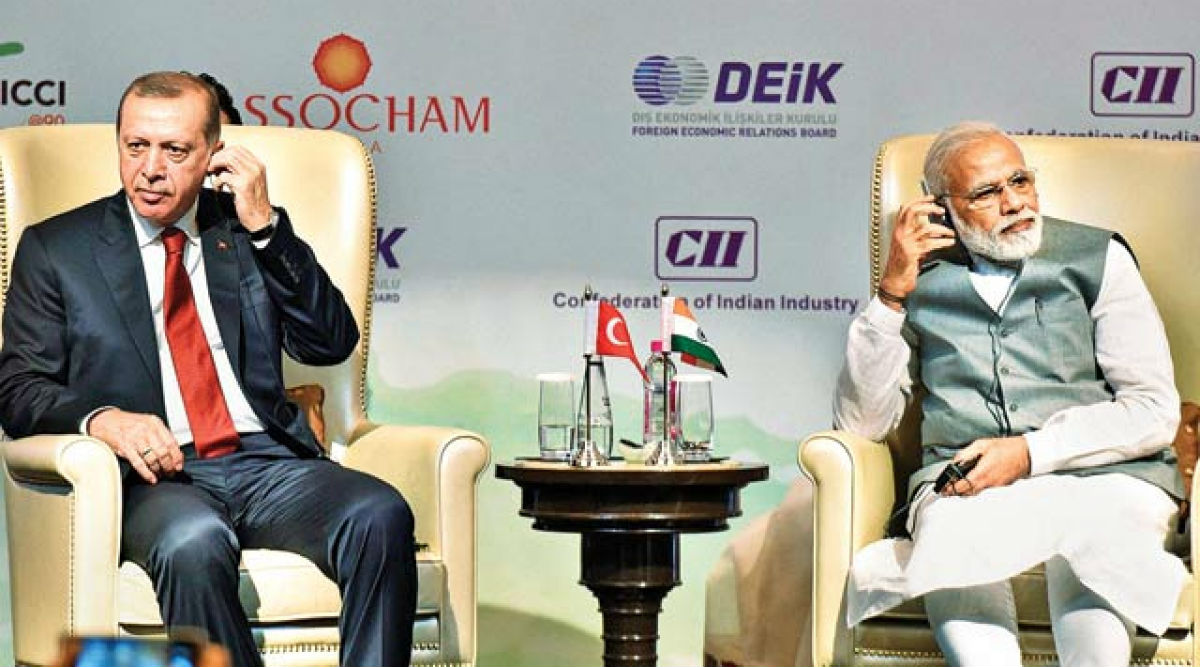 New Delhi, February 17: India on Monday issued a strong demarche to Turkey over President Recep Tayyip Erdogan’s remark on Jammu and Kashmir. Erdogan made controversial remarks during his Pakistan visit on Friday. Hitting out at the Turkish President, Ministry of External Affairs (MEA) spokesperson Raveesh Kumar said that Erdogan gave the remarks without understanding the history. The demarche was sent to the Ambassador of Turkey in New Delhi. India Rejects Turkish President Erdogan's Comments on Kashmir.

Kumar stated that Erdogan’s remarks did not reflect the conduct of Democracy and distorted events of the past. The MEA spokesperson said that the Turkish President’s comments on J&K is one more example of a pattern of Turkey interfering in the internal affairs of other countries. India also said that it rejected attempts by Turkey to support Pakistan spreading terrorism India.

On Saturday also India criticised the Turkish President comments on Kashmir and asked him not to interfere in India's internal affairs. The MEA had said India rejected all references made by the Turkish President on Jammu and Kashmir, stating that the region is an integral and inalienable part of India. Addressing a joint session of Pakistan’s Parliament on Friday, Erdogan strongly backed Pakistan’s position on Kashmir. Turkey President Recep Tayyip Erdogan Threatens United States, Says ‘We Will Be Forced to Look Elsewhere if F-35 Dispute Continues’.

“In order for the Kashmiri people to look at a safe future together with their Pakistani and Indian neighbours, it is imperative to solve the problem through dialogue and on the basis of justice and equity, but not through collision,” he said, as reported by Pakistan Daily The Dawn. Reacting to this, India had asked Erdogan to develop an understanding of the fact that terrorism emanating from Pakistan is posing a great threat to India.