As part of total revamp in school education system in Andhra Pradesh, the state government will provide an English dictionary each to the student kits to bolster English medium education. 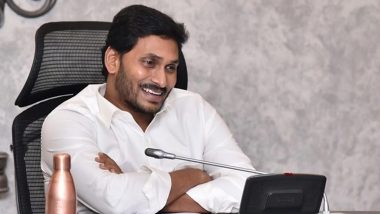 Amaravati, March 16: As part of total revamp in school education system in Andhra Pradesh, the state government will provide an English dictionary each to the student kits to bolster English medium education.

"In an initiative that is intended to give the much-needed thrust to its prestigious English Medium education mission, the state government, will procure and include dictionaries in the 'student kits' to be supplied to school students under the 'Jagananna Vidya Kanuka' scheme," said an official late on Monday.

Terming it as a first of its kind initiative in the country, the dictionary move envisages to bolster self confidence among school children and enhance their English language communication skills, by supplying a ready reference when they encounter a new word or concept unknown to them until now.

"Dictionaries play an important role not only in assisting students in the learning of vocabulary but also in providing information on derivation of words, their meanings and pronunciation," he said, emphasizing on the importance of etymology.

The state government aims to help the students internalize the meaning of rich English words and enable them to practice those synonyms in their daily conversations and usage, especially for hapless young children who cannot afford costly private English medium school education.

"Realizing this predicament of below poverty line (BPL) families, the state government has revamped the entire education system by introducing English medium in schools. True to the dictum 'catch them young and make them grow'," said the official.

English education is aimed at preparing the students to meet the challenges of the job market in the current world of globalization.

"After a lot of research, the state government has identified that English is the vehicle of advancement in one's life. Be it cracking the prestigious civil services or CA exam or earning a plum assignment in the software (field) or management sector. English is the only instrument that can land young people in comfortable positions," he noted.

"This has tilted the balance in favour of those who are lucky enough to have studied in English medium schools. The CM, who is fully aware of this anomalous situation has decided to revolutionise the education system by giving prominence to English medium instruction," he observed.

Accordingly, AP introduced English education from Classes 1 to 6 in the current academic year and extend to other classes in the next year.

To improve English language skills of both the students and teachers, AP tied up with prestigious institutions such as RIE, EFLU, Ambedkar University, Anna University, Cambridge University and others.

Likewise, under the Nadu - Nedu programme, government schools are being totally revamped with modern and best infrastructure.

Despite the importance accorded to English, the government has not neglected the mother tongue Telugu, which continues to be a compulsory subject.

(The above story first appeared on LatestLY on Mar 16, 2021 03:52 PM IST. For more news and updates on politics, world, sports, entertainment and lifestyle, log on to our website latestly.com).