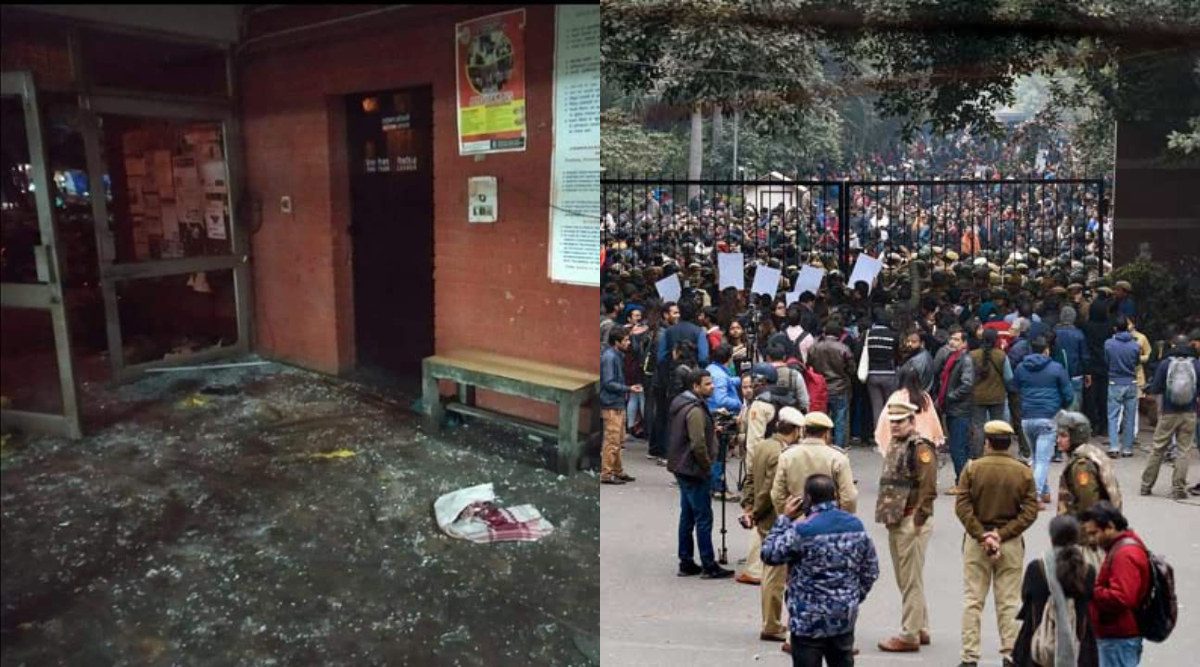 New Delhi, January 12: With Delhi Police sources claimed to have identified 37 persons for January 5 violence in Jawaharlal Nehru University, a new addition of seven students' names have come to the light in the ongoing investigation by Delhi Police's Crime Branch. As per the sources, the police have identified seven more names from the videos and photos that are viral on social media.

According to the a tweet, shared by news agency ANI, Delhi Police sources claim that they have identified seven more students from the the videos and photos that are viral on social media on JNU violence of January 5. Police also said that they have recorded the statements of warden, thirteen security guards and five students. This new addition in the ongoing probe adds the total tally of suspected vandals from 37 to 44. JNU Violence: Delhi Police Identifies 37 Suspects for January 5 Incident From 60-Member WhatsApp Group 'Unity Against Left'.

Delhi Police Sources: Seven more students have been identified from the videos and photos that are viral on social media. Statements of warden, thirteen security guards and five students recorded. #JNUViolence pic.twitter.com/JRrk6AmJ2i

Earlier on Saturday, reports arrived that Delhi Police identified 37 persons for January 5 violence in JNU from the 60-member WhatsApp group 'Unity Against Left'. Even after identifying them, no names have been made official as of now. While, Police have named nine suspects, including Jawaharlal Nehru University Students Union president Aishe Ghosh, for vandalishing CCTV cameras on January 3. Sting Operation Shows Students Claiming to be From ABVP Admitting to Role in Jan 5 Violence.

Meanwhile, video expose by newschannel India Today identified Komal Sharma from Daulat Ram College of Delhi University -- is a member of the Akhil Bharatiya Vidyarthi Parishad (ABVP) -- as part of the vandals on January 5. The channel claimed that Sharma was the one spotted with a mask in the video emerging from Sabarmati hostel inside the JNU campus on January 5 and was identified by her senior from Daulat Ram College. However, ABVP has denied their association with Sharma. JNU Sting Operation: Masked Woman Seen in Violence Video is 'ABVP Member Komal Sharma', Reveals India Today Investigation.

Another video of first-year JNU student Akash Awasthi -- also identified as ABVP activist -- had surfaced. Awasthi not only confessed that he was among the iron rod-wielding miscreants, but also claimed that Komal was among them. Again, ABVP has denied their association with Aswathi, despite visual evidences.

With the political debate in the issue gaining momentum and balme game at an all time-high, JNUSU president Aishe Ghosh has asked the students to pay on the academic fee for BA/MA programmes and Mphil/PhD courses. The academic fee for BA/MA programmes is Rs 108 and Rs 120 for Mphil/PhD courses. The new development comes amid JNU Vice Chancellor M Jagadesh Kumar taunt of 'You’re here to study'. This new method is seen as a silent protest over proposed hike in hostel fees, which has not been taken back as of yet.