Nirbhaya Case: Asha Devi, Mother of Gangrape-Murder Victim, Says 'Will See Till When Court Gives Time to Convicts and Govt Supports Them' 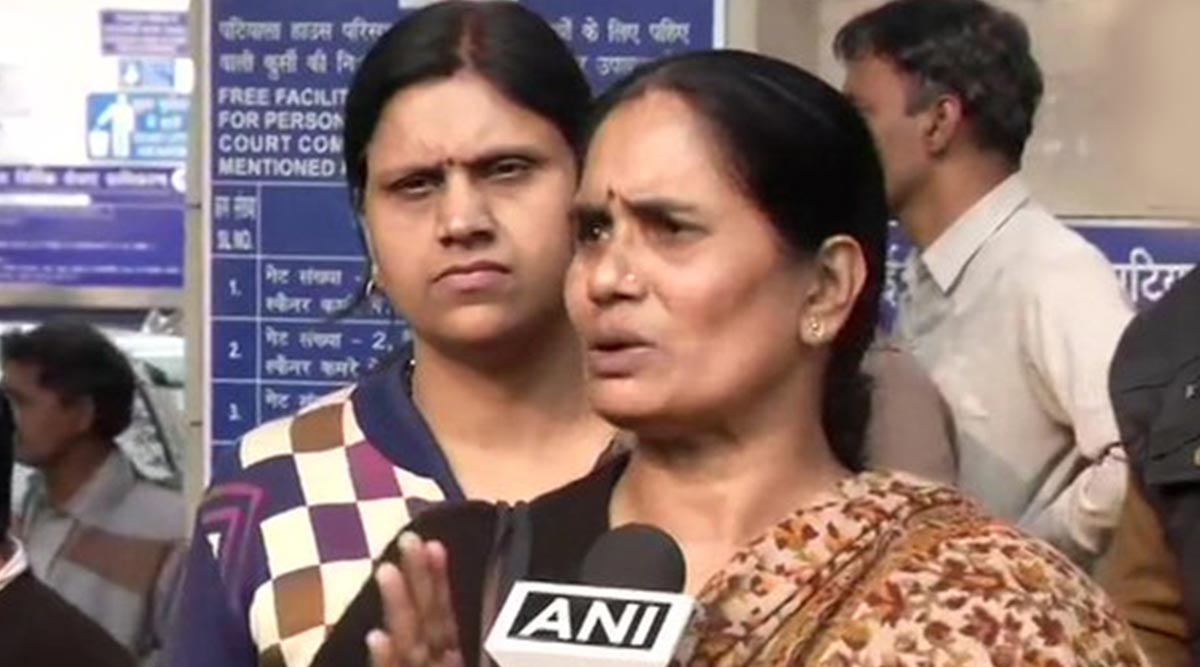 Speaking to the press after the court's comment, Asha Devi said that, "Today, the Court had the power and we had time. Nothing was pending, yet death warrant has not been issued. It's injustice to us, I will see till when the Court gives time to the accused and Government supports them," reported ANI. Nirbhaya Case: Delhi Court to Hear Plea of Tihar Jail Authorities Seeking Issuance of Fresh Death Warrants Against Convicts, SC to Also Hear Centre's Appeal Today.

The judge was quoted saying, "I concur with counsel for convicts that death warrants cannot be executed merely on basis of surmises and conjectures. The application is bereft of merit. Same is dismissed. The state is at the liberty to move appropriate application as and when required."

The Delhi Court gave the convicts a week's time to exercise all the legal options available to them after which court will begin proceeding for their hanging. President Ram Nath Kovind on Wednesday rejected the mercy petition of Akshay Thakur, one of the four convicts in the 2012 Nirbhaya gang-rape and murder case.

The centre had earlier said that the accused were trying to test the patience of the nation and were using all the possible loopholes in the system just to delay the execution. The trial court on January 7, had issued black warrants for the execution of all the four convicts in Tihar jail at 7 AM on January 22. However, they could not be hanged due to pendency of mercy petition of one of them.

Then on January 17, the trial court fixed February 1, 6 AM as the hanging date and time. However, this time as well, the trial court had to postpone the execution indefinitely after a second convict, Vinay Sharma, filed a mercy petition before President Ram Nath Kovind. Just after his appeal was turned down, convict Akshay Singh, filed his mercy plea.