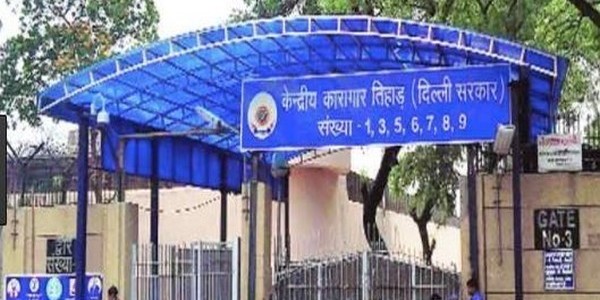 New Delhi, January 16: A Delhi court on Thursday directed the Tihar Jail authorities to file a proper report by tomorrow about the status of the scheduled execution of all four convicts in the 2012 Nirbhaya gang-rape and murder case.

The court passed the directions after jail authorities informed that they have written to the Delhi government on the issue of scheduled execution on January 22 in view of pending remedies. The matter is now listed for Friday at 3:30 pm. Nirbhaya Case: Hanging of Convicts Likely to be Delayed, Delhi Court Seeks Report From Tihar Jail by Tomorrow.

As per the Delhi Prison rule 840, the jail authorities are supposed to write to the Delhi government seeking a response whether the date of execution be postponed. The court has pointed out that it was only informed about mercy petition being filed and not on whether rule 840 has been followed.

On the other hand, the Delhi government, earlier in the day, rejected the mercy plea of Mukesh Kumar, one of the convicts in the 2012 Nirbhaya case. The mercy plea was then forwarded to Lieutenant Governor, who has now sent it to Union Ministry of Home Affairs. Nirbhaya Case: Delhi HC Dismisses Plea of Mukesh Singh Against 'Death Warrant' Issued by Trial Court.

The convicts were sentenced to death for raping a 23-year-old woman in a moving bus in the national capital on the intervening night of December 16-17, 2012.The victim, who was later given the name Nirbhaya, had succumbed to injuries at a hospital in Singapore where she had been airlifted for medical treatment.