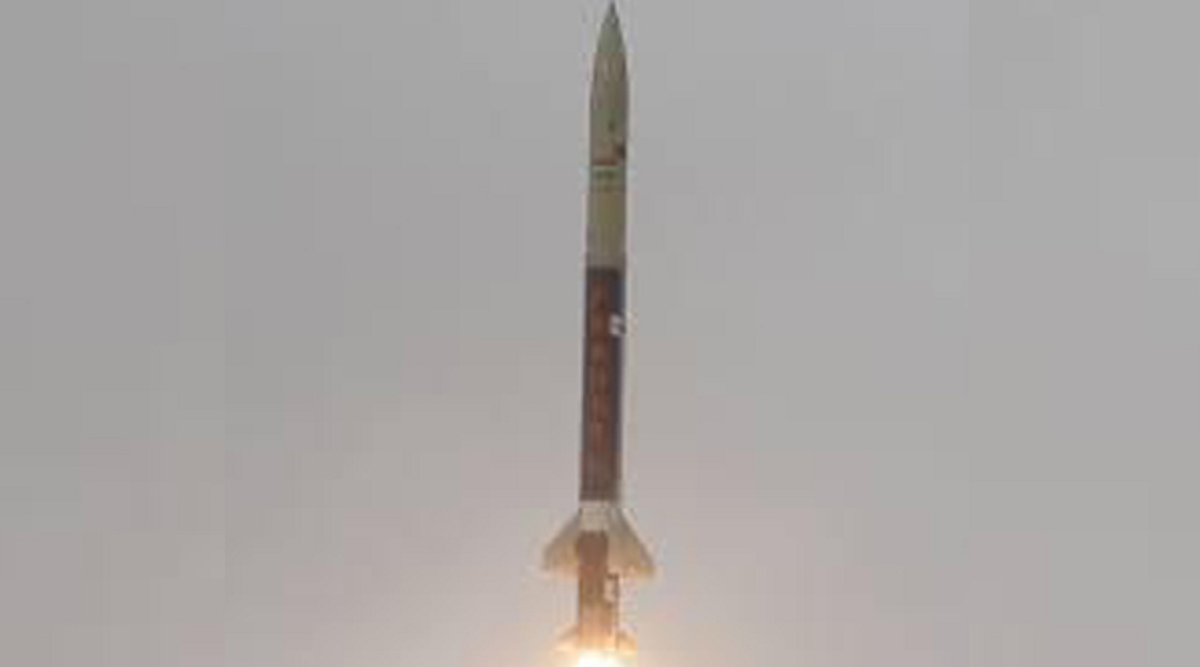 The missile is an advanced version of the 150-km strike range Prahar missile which was being developed for tactical missions. The surface-to-surface ballistic missile will be of use for the Air Force and Army.  Prithvi Ballistic Missile: India Successfully Carries Out Night-Time Test-Firing Off Odisha Coast.

The trials of the missile would be conducted in next couple of years and the single-stage solid-propellant missile would also be readied for exports to friendly foreign countries as its strike range is within the permissible limits of international regimes on missile sales.