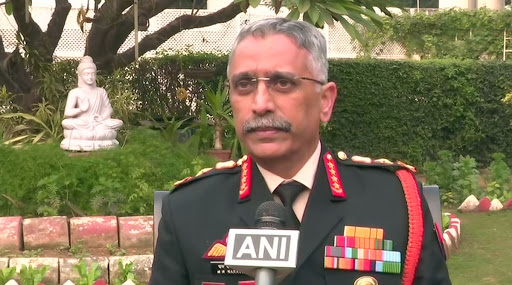 Once Thal Sena Bhawan is ready, it will house various army establishments that are scattered across the national capital, including offices that currently operate out of hutments or barrack-like structures. Army Chief General Manoj Mukund Naravane Says 'We Will Pay Special Attention to Respect Human Rights'.

Army Chief further hailed Supreme Court ruling on permanent commissioning of women and said that the army has made a roadmap to implement it. He further said that everyone in the Indian Army including women officers would be given equal opportunity to contribute to the nation as also progress in their careers.

Army Chief General MM Naravane: If the Financial Action Task Force (FATF) comes down heavily on them, they may have to do a rethink on their rhetoric and activities. FATF is a factor (in the reduction of terror activities in Kashmir valley). https://t.co/wzZoZdk4E5

Commenting on the effect of FATF plenary in Paris on Pakistan activities in Kashmir, Naravane said, "China has also realised that they cannot back their all-weather friend (Pakistan) all the time. If the Financial Action Task Force (FATF) comes down heavily on them, they may have to do a rethink on their rhetoric and activities." Naravane added that there are 15-20 terrorist camps inside Pakistan-occupied-Kashmir where there are around 250-350 terrorists at any time and numbers may fluctuate.