Hissar in Haryana shivered at 7 degree Celsius, Karnal at 7.8 degree Celsius while the mercury in Narnaul dipped to 8 degrees. The IMD, in its all India weather bulletin said that very dense fog is very likely over Punjab and Haryana, Chandigarh and Delhi in the morning hours of February 11 and 12, 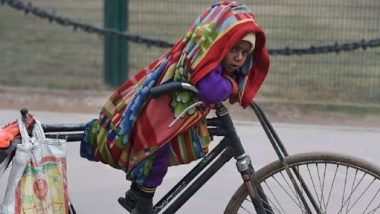 (The above story first appeared on LatestLY on Feb 10, 2021 05:22 PM IST. For more news and updates on politics, world, sports, entertainment and lifestyle, log on to our website latestly.com).