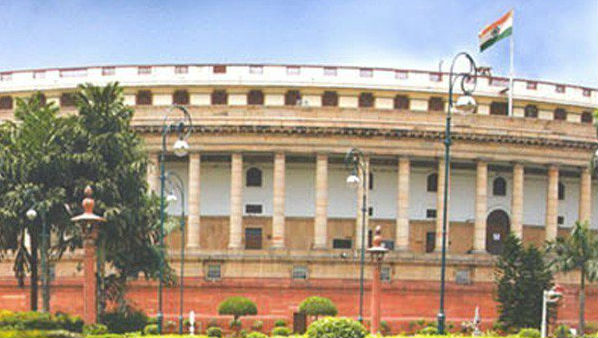 New Delhi, February 11: With the ruling BJP issuing a whip to its members in both houses of Parliament, there is a huge buzz on social media that a bill on the controversial Uniform Civil Code (UCC) will be introduced on Tuesday.

The UCC Bill will come on a day when the results for the Delhi Assembly elections are to be declared in which exit polls have unanimously predicted a win for Aam Aadmi Party and Arvind Kejriwal. Uniform Civil Code, Reservation or Population Growth? Netizens Speculate as BJP Issues Whip to Lok Sabha, Rajya Sabha MPs For Tuesday.

Even as the fires from the CAA and NRC are still burning across the country, the BJP is choosing to become more combative by pushing through another contentious issue which is a sensitive issue for the minority community.

There is a lot of buzz on social media that is similar to the abrogation of Article 370, this time the UCC may be taken up as an awe and shock measure.

The Uniform Civil Code (UCC) seeks to scrap the separate civil laws applicable for minorities in religious and cultural affairs. Social media is relying on a viral image which showed that a legislation on UCC is listed for introduction in the Upper House.

Taking it forward, are a number of posts and tweets demanding the implementation of the UCC. With the Bharatiya Janata Party (BJP) issuing a whip to its lawmakers in Lok Sabha and Rajya Sabha for Tuesday, speculations turned rife on social media over what is next on Narendra Modi government's agenda.

The Uniform Civil Code (UCC), which would scrap the separate civil laws applicable for minorities in religious and cultural affairs, could be implemented by rushing a legislation in both Houses of the Parliament, the Twitterati pointed out. The basis of their claim was a viral image which showed that a legislation on UCC is listed for introduction in the Upper House.

The BJP has issued a three line whip to all its MPs of Rajya Sabha asking them to be present in the House on Tuesday and support the stand of the government.

There was also talk that this pertains to a government stand on promotions for the Scheduled Castes on which the Supreme Court judgment which caused a big commotion in both houses of Parliament on Monday. Amid Rumours of Uniform Civil Code Bill, Here's the List of Business in Rajya Sabha to be Tabled Today.

Even as protests are raging over CAA and NRC, the government is intent on pushing its own agenda on contentious issues which would be a red rag to the agitations. Tuesday is the last day of the Budget session before it heads for a break.