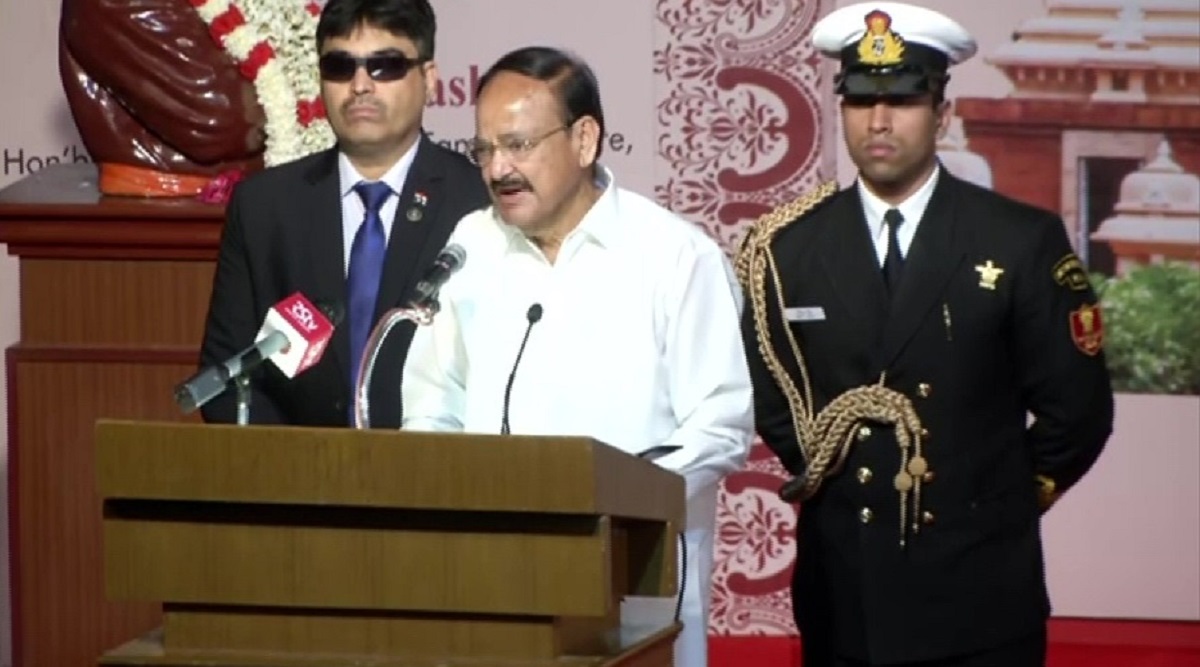 Chennai, January 12: Amid the polarised atmosphere across the nation over the Citizenship Amendment Act (CAA), Vice President M Venkaiah Naidu said it is imperative under current circumstances to uphold India's pluralistic values. The need to the hour, he added, is to bring down the artificial barriers which have divided one section of the population from another. Amit Shah Defends CAA at Jabalpur Rally, Dares Rahul Gandhi and Mamata Banerjee to Prove How Citizenship Can be Revoked.

Naidu further added that India, since ancient times, has remained adherent to the values of religious freedom and tolerance. "We follow Sarva Dharma Sama Bhavana — that is in our Indian blood and part of our civilization," he said, adding that persecuted people of all religious faith were found to have taken refuge here throughout the course of history.

Vice President M Venkaiah Naidu in Chennai: Today more than ever, there is a need to bring down walls that create differences among people. We follow Sarva Dharma Sama Bhavana — that is in our Indian blood and part of our civilization. #TamilNadu pic.twitter.com/I8GK2yeQPC

Naidu was speaking at an event in the Tamil Nadu capital to mark the centenary of Sri Ramakrishna Vijayam, a Tamil monthly of Sri Ramakrishna Math. His address also coincided with the birth anniversary of 20th century saint and social reformer Swami Vivekananda.

The Vice President not only praised the Indian principles of pluralism, but added that the same is enshrined in Hinduism. The religion, he pointed out, bars its adherents to discriminate against people on the basis of caste, creed or faith. "India, in a way is the spiritual guru for the entire world. People look to India for solace, guidance and spiritualism," he added.