Amit Shah Defends CAA at Jabalpur Rally, Dares Rahul Gandhi and Mamata Banerjee to Prove How Citizenship Can be Revoked 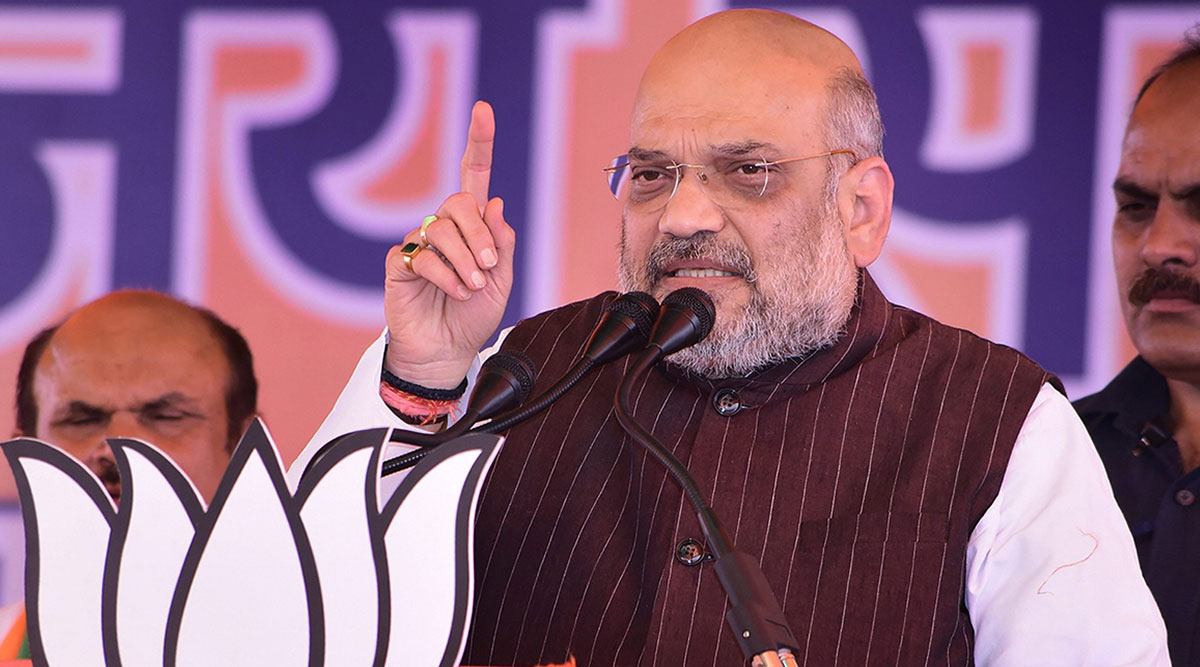 "I challenge Mamata Banerjee and Rahul baba, to find out a provision from Citizenship Amendment Act that can take citizenship away from anyone in this country," the Home Minister said in a support of amended Citizenship Act at Garrison ground. Amit Shah Accuses Rahul, Priyanka Gandhi of Instigating Riots by Misleading People Over CAA.

#WATCH Union Home Minister & BJP National President Amit Shah at a public meeting in Jabalpur: I challenge Mamata Banerjee and Rahul baba, to find out a provision from #CitizenshipAmendmentAct that can take citizenship away from anyone in this country. #MadhyaPradesh pic.twitter.com/vaxLPJqS0m

Speaking on ongoing Jawaharlal Nehru University (JNU) controversy, Shah said that whoever raises slogans against India deserves to be jailed. "Some people in JNU have raised slogans such as 'Bharat tere tukde ho ek hazar, inshallah inshallah'. These people should be jailed from Anti-India slogans," he said.

Notably, this is the first visit of Amit Shah to Madhya Pradesh after becoming Home Minister. Madhya Pradesh, which is ruled by Indian National Congress, is among the states which have refused to implement amended Citizenship Law.

The amended Citizenship Act provides Indian citizenship to non-Muslim refugees from Pakistan, Bangladesh and Afghanistan those who have entered India before 2015 and faced religious prosecution. The opposition parties have strongly opposed the law.