Delhi Assembly Elections 2020 Results to be Declared Today After Fierce Battle Between AAP, BJP and Congress; Counting to Begin at 8 AM 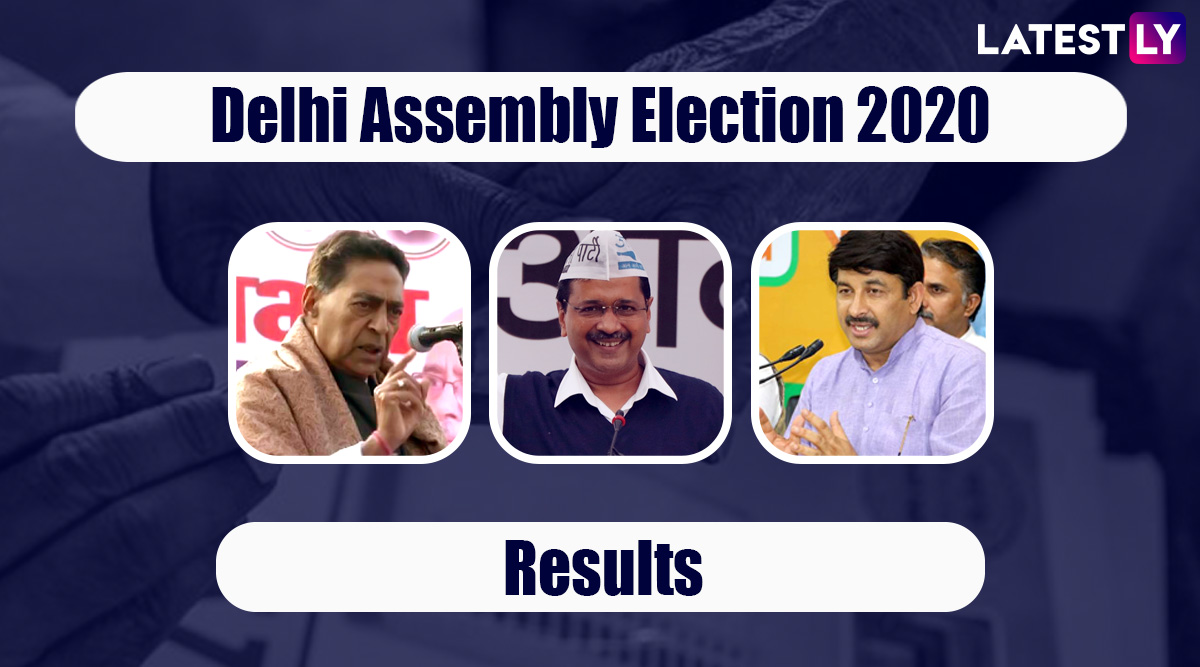 New Delhi, February 11: The counting of votes for the Delhi Assembly elections 2020 will begin at 8 am today. The early trends are expected to be out by 9 am and the Election Commission (EC) will declare the final results by the evening. The voting for the 70-member Delhi assembly was conducted on February 8. In these assembly elections, a total of 62.59 percent voter turnout was recorded in the national capital territory.  The figure is about five percent less than the votes polled in the previous assembly elections. In the 2015 elections, Delhi had witnessed 67.12 percent voting. A total of 672 candidates were in the fray. Out of total candidates, 79 were female.

Delhi witnessed a three-cornered contest between the ruling Aam Aadmi Party (AAP), the Bharatiya Janata Party (BJP) and the Congress. The AAP is all set to retain the power in the national capital, as predicted by all the exit polls on Saturday. According to India Today-My Axis exit poll, the Kejriwal-led party seats may even surpass its previous performance and could bag upto 68 in these elections. However, other exit polls predicted that the AAP would retain the power, but not with a massive victory. According to the exit polls, the BJP is also likely to improve on its tally of three seats in 2015, but the saffron party will finish a distant second. This time also, the Congress seems to be a non-player. The exit polls gave the grand old party zero to two seats. Delhi Assembly Elections 2020: Arvind Kejriwal Appeals to AAP Workers Not to Fall Into Opposition's Prey, Says 'Truth is With You'.

In the campaigning, the AAP focussed on the local issues. The Kejriwal-led party’s poll campaign was based on the work done by its government in the last five years in the field of education and health care. On the other hand, the BJP brought in the national issues during its campaigning. Tthe saffron party’s poll campaign revolved around the Shaheen Bagh protests against the contentious Citizenship Amendment Act (CAA). The BJP brought Amit Shah to the forefront in these elections, and its leaders targeted Kejriwal of over the protests. Some even referred the Delhi CM as “terrorist” for opposing the CAA. Delhi Assembly Election Exit Poll Results 2020: AAP to Retain Power With Decisive Majority, BJP Distant 2nd, Predicts Poll of Polls.

A couple of star campaigners of the saffron party was also pulled up by the EC. West Delhi BJP MP Parvesh Verma was barred for 96 hours from campaigning after he called the Shaheen Bagh protesters "rapists and murderers". Senior BJP leader and Union Minister Anurag Thakur also faced a 72-hour ban for raising the slogan of "desh ke in gaddaro" during a poll rally in Delhi. Meanwhile, Congress’s poll campaign never picked up a pace. Delhi Elections 2020: 'What's Conspiring?' Asks AAP as EC Is Yet to Declare Final Voter Turnout; Arvind Kejriwal Calls It 'Shocking'.

In these assembly elections, a total of 13,750 polling stations were set up across 2,688 locations in the national capital territory. The term of the current assembly elected in 2015 will expire on February 22, 2020. In 2015, the AAP recorded an astounding victory. The Kejriwal-led party bagged 67 seats out of 70. The BJP won the remaining three seats. The Congress which ruled Delhi for 15 consecutive years between 1998 and 2013 drew blank in 2015 assembly elections.