After leaving the team she decided to find another team and hired the experts at BSC Consultants to find a developer and market her project while she merely collected a royalty. She approached the team and a new NFT project called Bad A** Doggos was born. 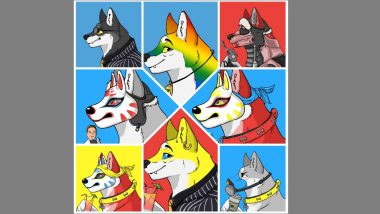 NFTs are all the buzz these days. NFTs, or non fungible tokens, are a type of digital artwork that generally starts as some sort of media file. Some famous NFTs have sold for over a million dollars. But things can get hairy in the world of nfts extremely quick, when a dispute arises between an artist and a project's creators.

We start with Jane, we will call her an anonymous artist who created a digital collection of 5,555 dogs. Originally Jane approached a team known for running NFT projects but when a disagreement occurred she left the team. The original project was intended to be called Soldoggos.

After leaving the team she decided to find another team and hired the experts at BSC Consultants to find a developer and market her project while she merely collected a royalty. She approached the team and a new NFT project called Bad A** Doggos was born.

Bad A** Doggos officially launched on September 26th 2020 with ambitious plans including a Billboard in Times Square. But that's when things began to get dicey. The team that had originally worked with Jane had their own plans to release the project on their own.

"I'm more than $20,000 into this project and I feel like it's being stolen from me" said John the developer of the project, "Generally the artwork belongs to the artist not to the first project they work with. And that doesn't even take into account our launch a week beforehand".

When asked for comment via Soldoggos Discord channel I was quickly banned. But the question remains who owns the artwork? According to BSC Consultants it's a dicey area.

"What you essentially are left with is two projects with the same files" said a representative of BSC Consultants, "When that happens, generally they are also in different countries so intellectual property laws become impossible to enforce. However in a situation like this the overall consensus among the NFT community is that the official project is the one that comes first."

It is an interesting debacle in a very interesting world. But it gets even more interesting when you look at Soldoggos website. Using the web archive you can go back as far as the first version of the website. There you can see that both the artist links and name have been changed.

As of this writing Bad A** Doggos has currently sold almost ten percent of all nfts available. Soldoggos intends to launch on October 3rd but to burn any unsold nfts after 24 hours. It will be interesting to see how this plays out as it will be a test of what happens when an artist leaves a team and joins another? As for John he said he intends to continue moving forward and move along as planned

(The above story first appeared on LatestLY on Oct 01, 2021 03:26 PM IST. For more news and updates on politics, world, sports, entertainment and lifestyle, log on to our website latestly.com).