Alia Bhatt Channels a Monochrome Airport Style in a Wardrobe Must Have Houndstooth Jacket! 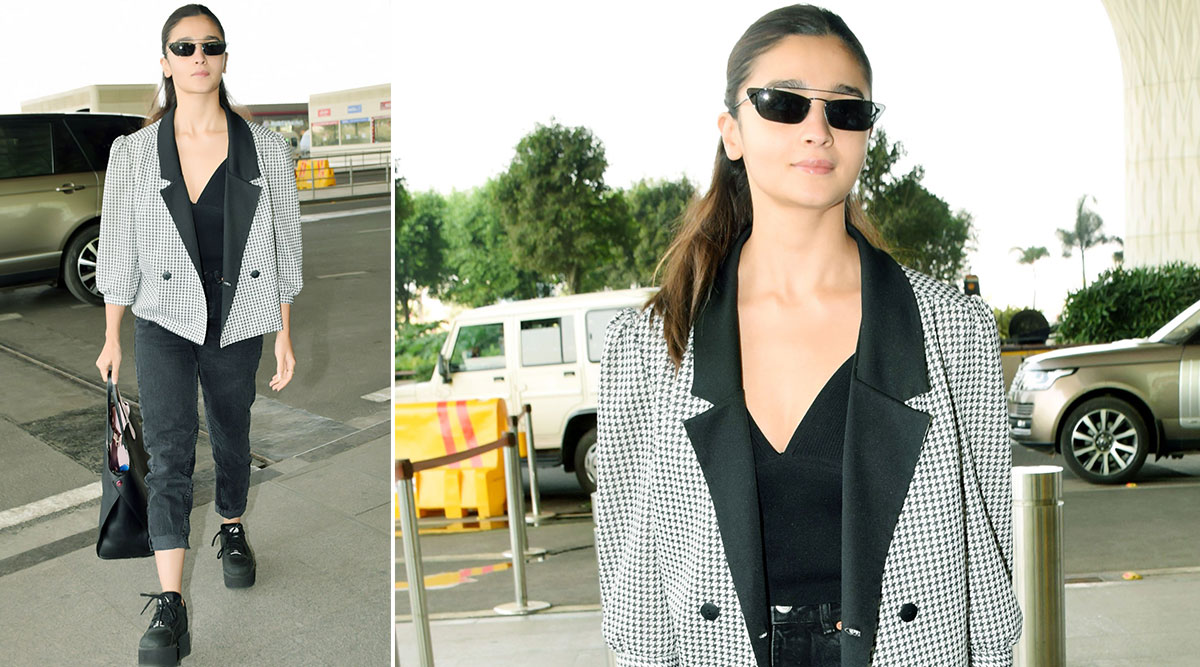 It’s for a major cool reason that we consider Alia Bhatt as the poster girl of the coolest airport styles! With her stable style squad of stylists Ami Patel and Sanjay Kumar immortalizing a slew of looks, Alia is our travel bae. Alia sets things alight with her mood, attitude and spunk and chronicles her A-game with all things chic. Time and again, Alia has tapped the cool-girl vibe with a refreshing take on some of the hottest trends. Alia Bhatt channeled a chic travel style while zooming out of the city. Her ensemble involved a houndstooth jacket adding a dollop of wonderment to the monotony of her all-black monochrome vibe of a V-neck tank top tucked neatly into a pair of cropped denim.

Alia is ranked amongst the niche breed of tinsel town millennial squad who have effortlessly cracked the style code of blending comfort with equal parts of chic and glamour. As non-fussy, functional and comfortable her style mantra maybe, Alia goes on to seamlessly flit from one gorgeous look to another. Here is a closer look. Alia Bhatt’s Effortless Holiday Look Is Exactly What You Need on That Next Beach Vacay!

An all-black look featuring a V-neck tank top tucked neatly into a pair of cropped denim was perfected by a houndstooth jacket by Bodements. Bulky high tops, a black tote bag, futuristic black sunnies and a half updo coupled with barely-there makeup completed her vibe. 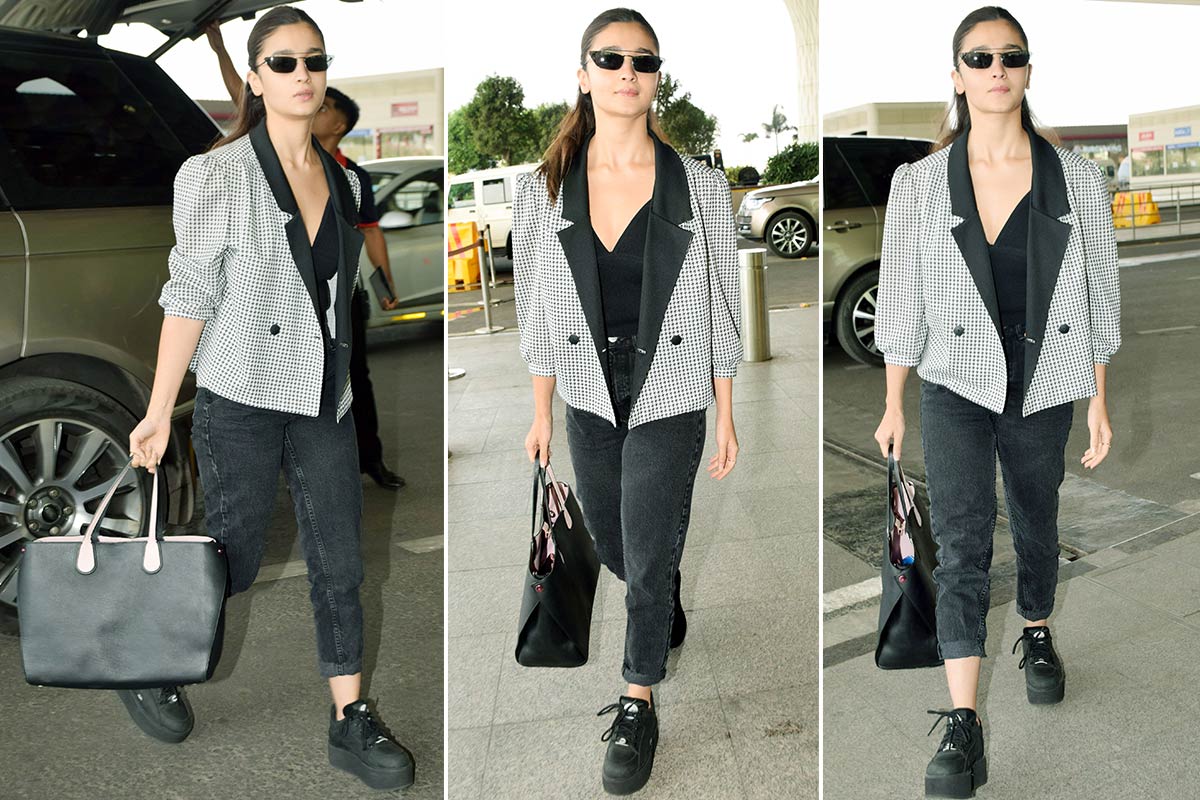 The houndstooth checkered print, a classic style is a wardrobe must-have for its high contrast vibe and versatility. Alia Bhatt Is Springtime Chic in Denim, Neon and Smileys!