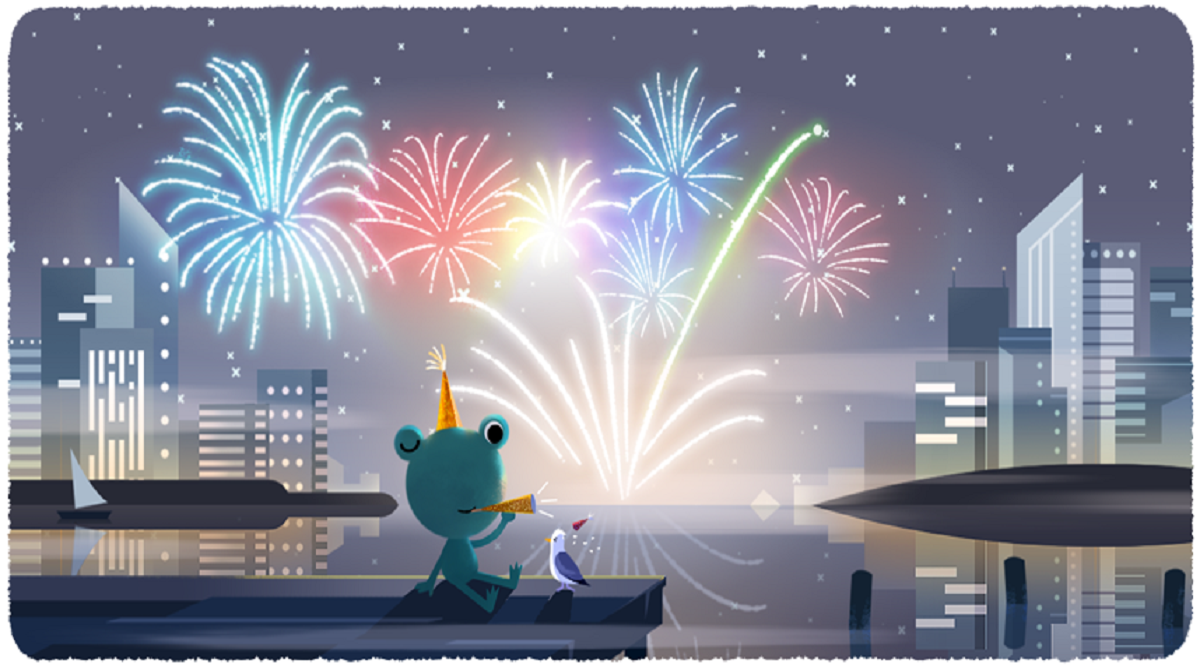 Guess who is here to wish us on New Year's Eve? Well, it's 'Froggy - The Weather Frog'! And if you're wondering who that could be. Well, it is a special guest featuring in search engine giant, Google's doodle. The New Year's Even 2019 Google Doodle is indeed too cute to miss. The year 2019 will culminate in less than 24 hours, and celebrations around the globe have already begun to welcome the year 2020. What makes it supremely exciting is that the New Year 2020 is also going to be a Leap Year. In the doodle, Google introduces us to the Froggy the weather frog. The Froggy is enjoying the New Year celebrations by blowing a trumpet. Colourful fireworks are also part of the doodle. Happy New Year 2020 Wishes & HNY Messages in Advance: WhatsApp Stickers, SMS, Facebook Quotes, GIF Greetings and Photos to Send on New Year’s Eve.

Froggy also features in all daily weather updates posted by the search engine giant. The year 2019 also marks the end of a decade. Once the clock strikes midnight, the new decade will begin. The year 2020 will also be a leap year. Kiribati is the first country to celebrate New Year. It is located Kiribati is an island nation in the central Pacific Ocean. Meanwhile, the last country to mark the onset of New Year is Baker Island. Happy New Year 2020 Wishes in Advance: WhatsApp Sticker Messages, GIF Images, Quotes and SMS to Send Season's Greetings.

New Year's eve is one of the most-awaited festive events across the world for people cutting across the religious, social and economic divide. On the intervening night of December 31 and January 1, societies in the developed nations as well as the third world, resort to heart- warming and glorious celebrations. In conservative Christian societies, special prayers are also held as the New Year marks the first day of the Gregorian calendar. The day also marks the culmination of the holiday season in the West, which begins with Christmas, followed by Hanukkah celebrations and ends with the New Year's eve party.