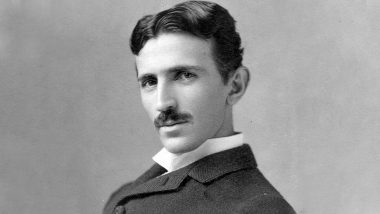 Nikola Tesla was a Serbian-American engineer, physicist, and an inventor known for his great discoveries he made during his lifetime. His major breakthroughs in the production, transmission and application of electric power are well known. Tesla's major inventions and contributions include X-Ray, AC electricity, radio- amongst many more. On his 164th birth anniversary, we have made a popular Nikola Tesla quotes.

Tesla was born on July 10, 1856, and died on January 7, 1943. He studied physics and math at the Technical University of Graz and mastered philosophy at the University of Prague. He is known for his contributions to modern alternating current (AC) electricity supply system. As we remember one of the greatest minds, check out some popular quotes by him.

On Nikola Tesla's 164th Birth Anniversary, Here Are Some Popular Quotes by Him: 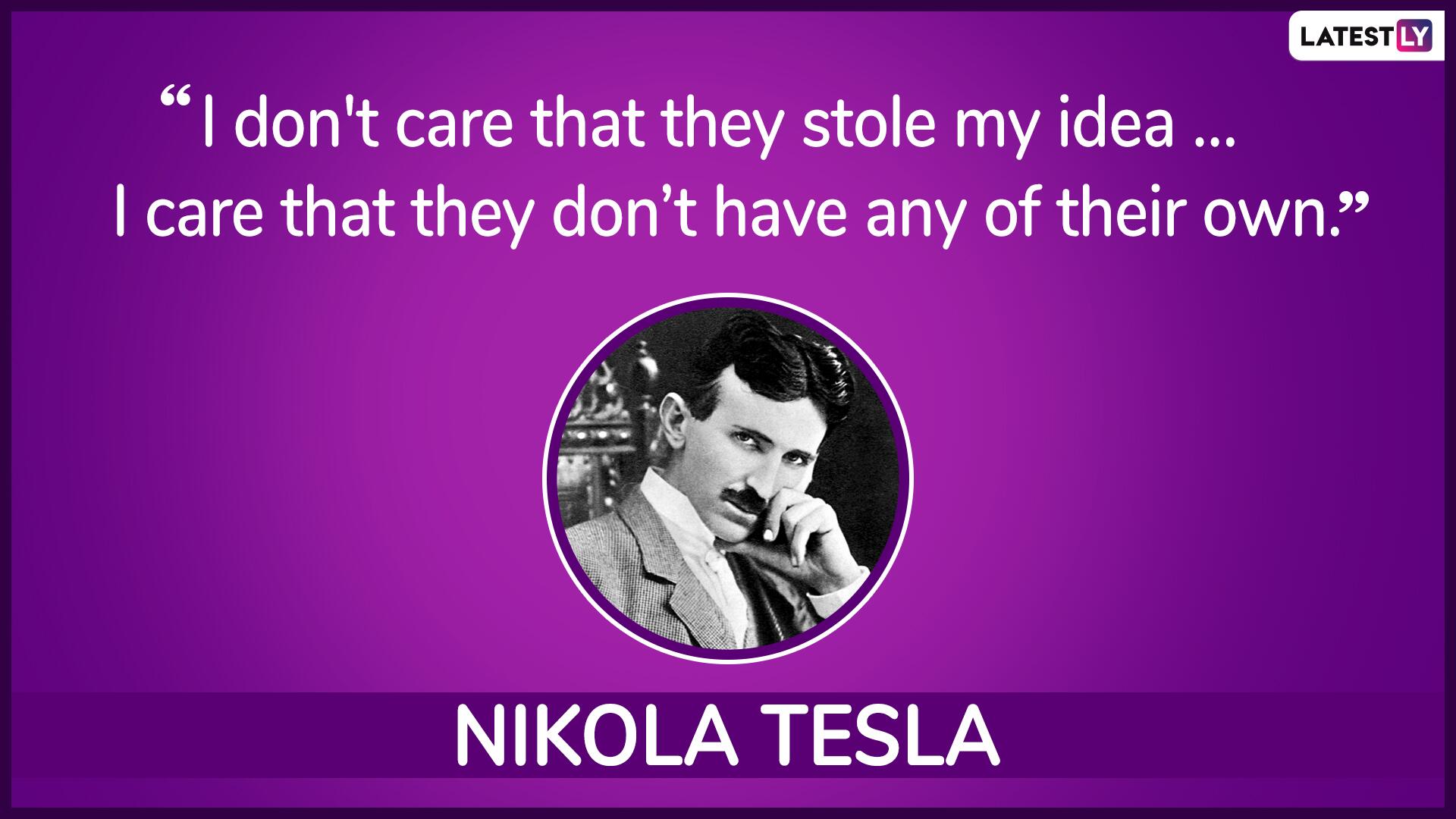 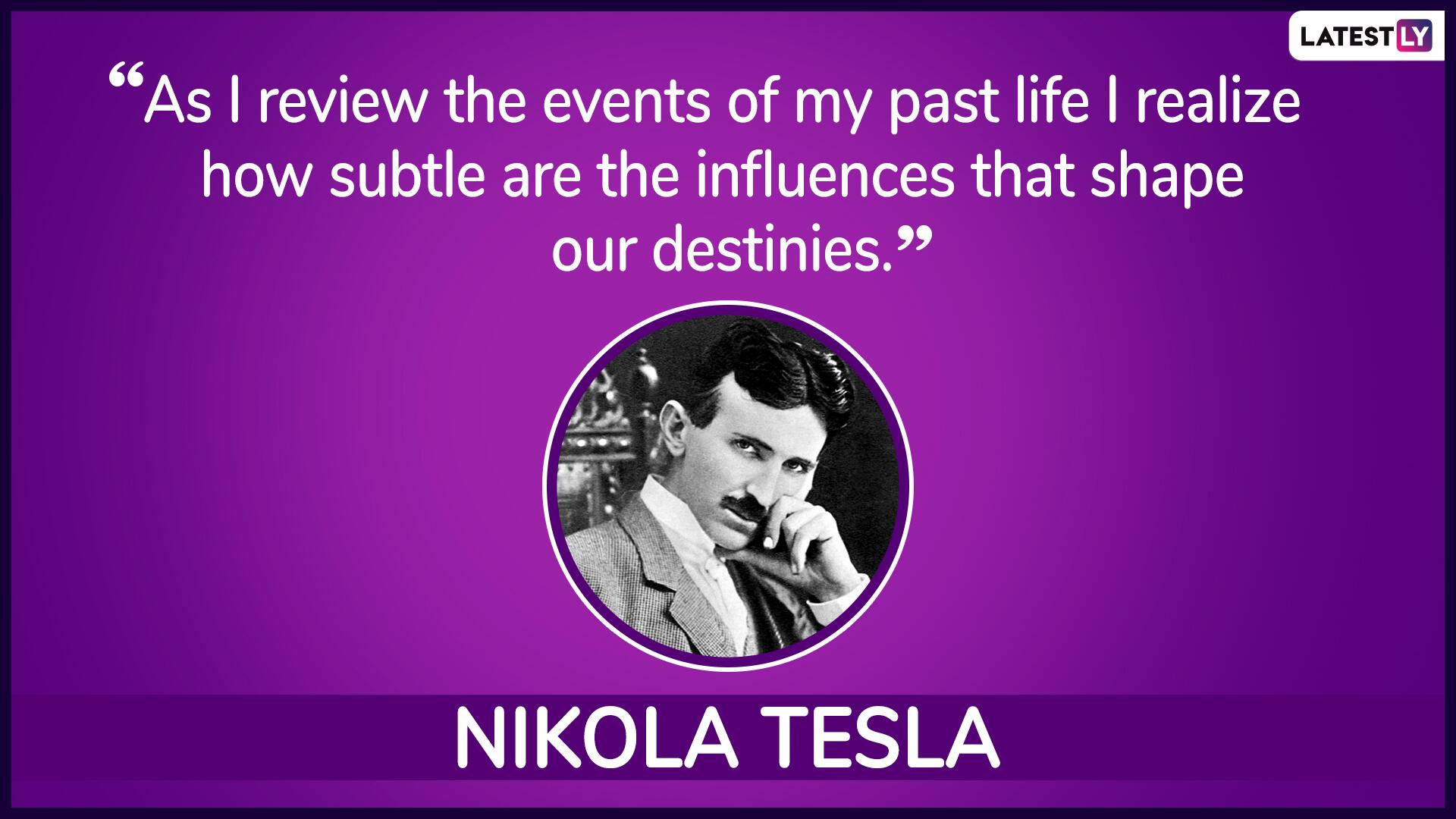 Quote Reads: "As I review the events of my past life I realize how subtle are the influences that shape our destinies." 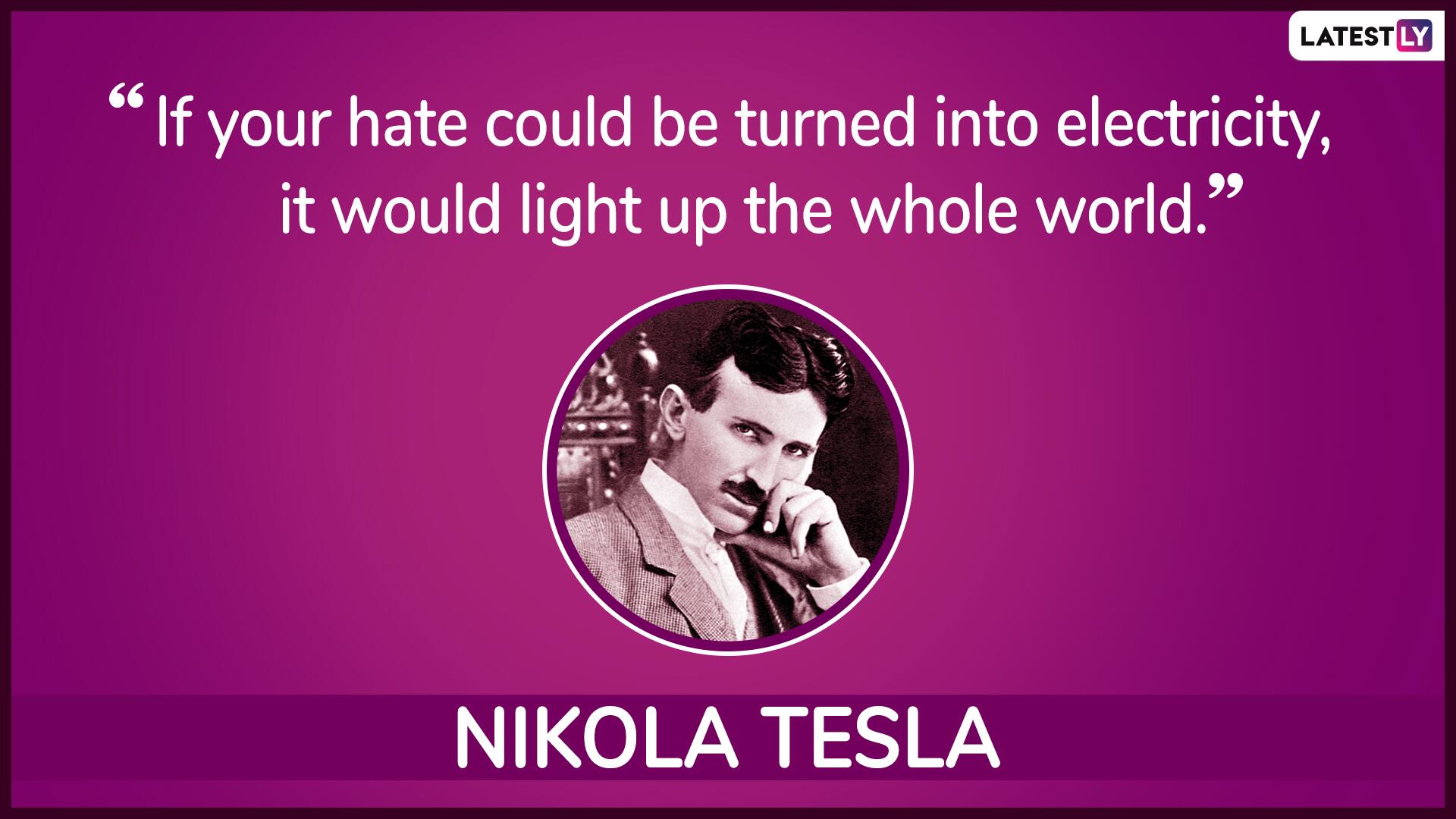 Quote Reads: "If your hate could be turned into electricity, it would light up the whole world" 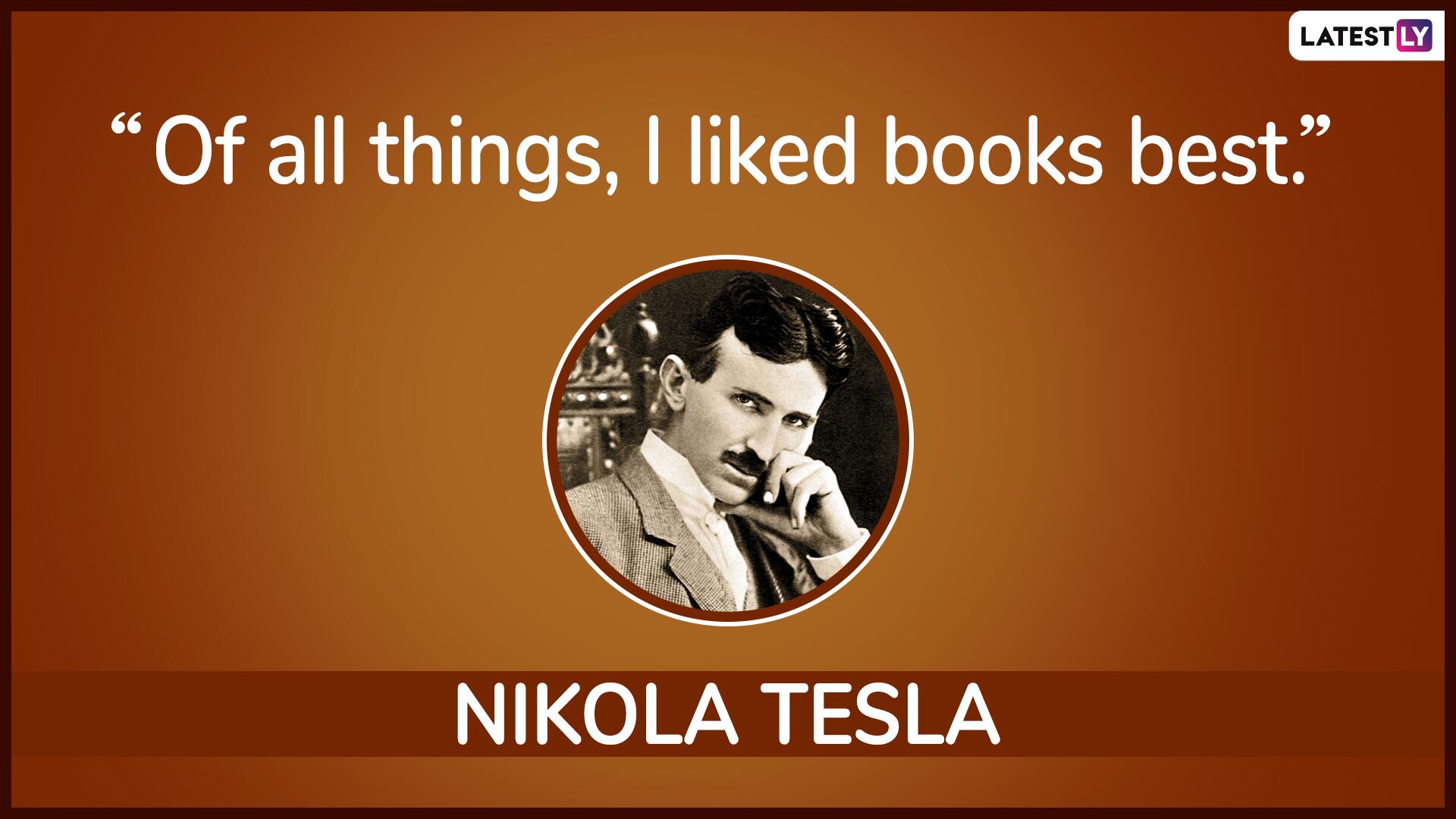 Quote Reads: "Of all things, I liked books best." 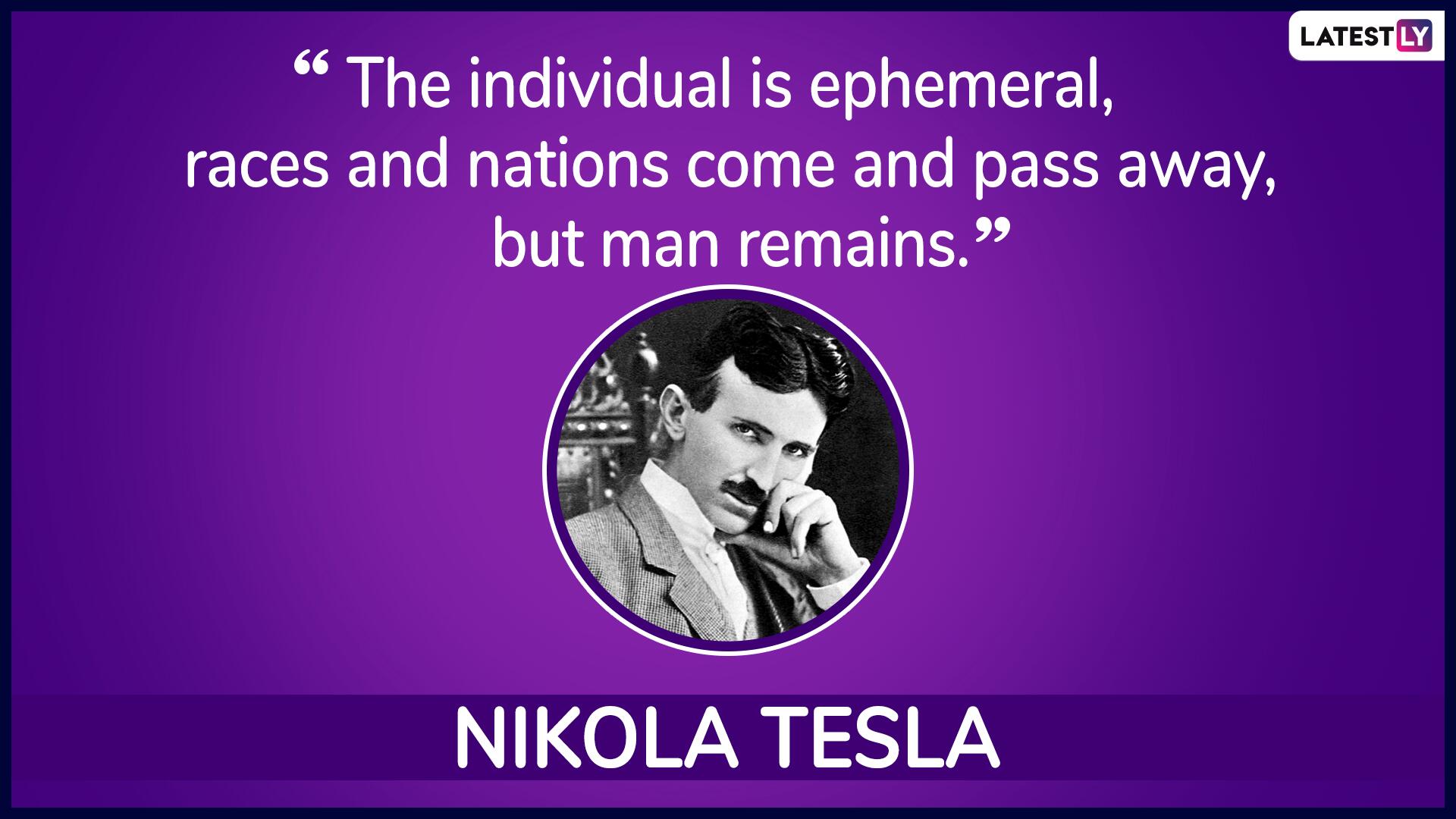 Quote Reads: "The individual is ephemeral, races and nations come and pass away, but man remains."

Tesla cared more about his inventions than becoming famous. In his 86 years of life, he filed more than 300 patients. For his great contribution, there is an award named after his which is given to the scientists and inventors for their contribution in the field of electric power.

(The above story first appeared on LatestLY on Jul 10, 2020 09:00 AM IST. For more news and updates on politics, world, sports, entertainment and lifestyle, log on to our website latestly.com).