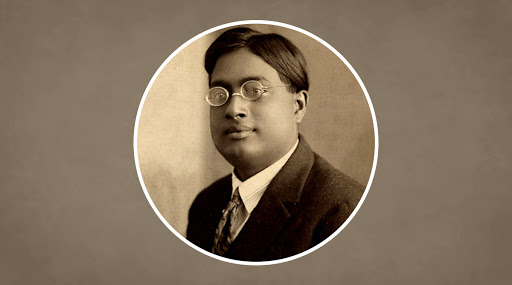 The man behind invention of Bosons or 'God Particle' -- Satyendra Nath Bose is someone for whom every Indian citizens should be proud of. The globally renowned physicist is best remembered for providing the foundation for Bose–Einstein statistics and the theory of the Bose–Einstein condensate. On Wednesday, the global science community is going to celebrate the 135th birth anniversary of Satyendra Nath Bose, who was born on January 1, 1894 in Calcutta.

A fellow of the Royal Society, Bose has been awarded the Padma Vibhushan in 1954 by the Government of India. Apart from serving on many research and development committees in sovereign India and seven of his works were awarded Nobel prize for research concepts of the "Boson" -- Bose–Einstein statistics and Bose–Einstein condensate -- Bose himself never received a Nobel Prize. Jagdish Chandra Bose 161st Birth Anniversary: Remembering The Prominent Indian Scientist Who Discovered Life in Plants, Invented Wireless Communication.

Along with Albert Einstein, the Indian physicist formed Bose–Einstein condensate (BEC) which is considered as a state of matter that is typically formed when a gas of "Bosons" at low densities is cooled to temperatures very close to absolute zero (-273.15 °C). Physicists state that a BEC formed by cooling a gas of extremely low density -- about one-hundred-thousandth (1/100,000) the density of normal air -- to ultra-low temperatures.

Looking at the early life of the great Indian physicist, he had worked in the Engineering Department of the East Indian Railway Company, before starting his teaching career at University of Dhaka. During his teaching period, Bose wrote a paper deriving Planck's quantum radiation law without any reference to classical physics, which became seminal in creating the very important field of quantum statistics. Later, when the paper was sent to Einstein, it was translated in German for prestigious Zeitschrift für Physik publication as 'Planck's Law and Hypothesis of Light Quanta'. It was published in 1924 under Bose's name.

Considering the contributions, a class of elementary subatomic particles in particle physics were named after Satyendra Nath Bose as "Bosons" to to commemorate his contributions to science. It is to be known that when he was asked what he feels about not receiving a Nobel, Bose smiled and replied, "I have got all the recognition I deserve." Bose died at the age of 90 years in Calcutta on February 4, 1974.