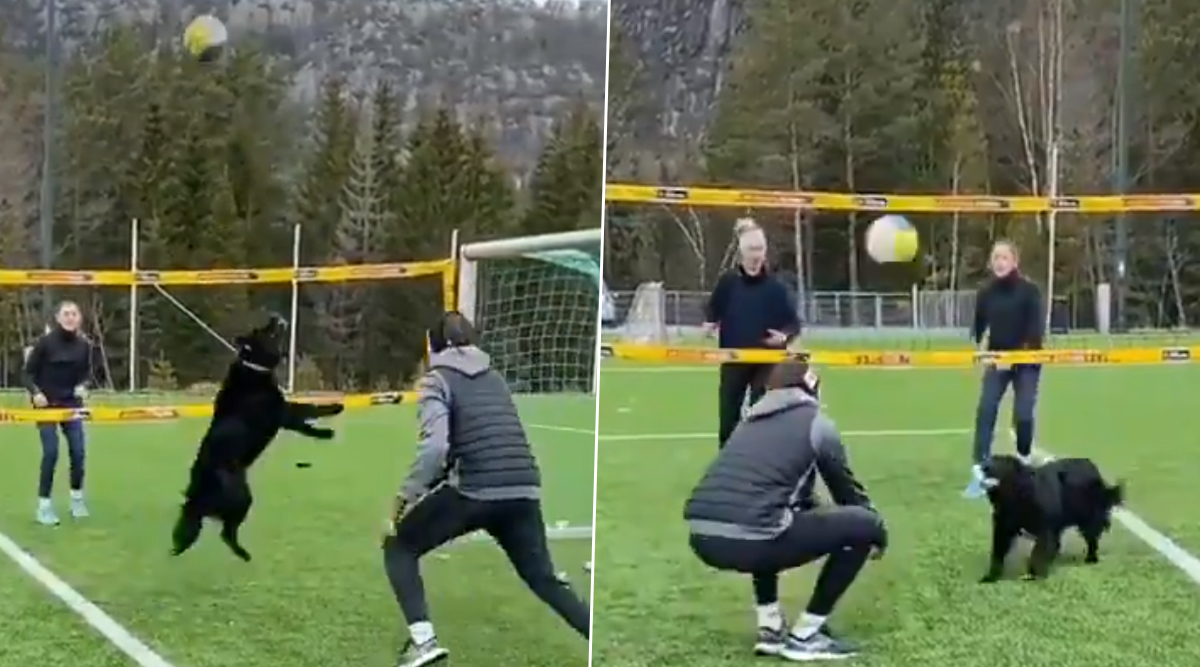 Dogs are just amazing. They love you selflessly and also make your life so much more interesting. We don't deserve dogs for they are so much better than us. Dogs are known to love playing fetch with their humans, but this one super cute dog, Kiara loves playing volleyball and she does it like a pro we must say! A video of little Kiara is going viral where she can be seen playing the game by the beach with three other humans and her performance will make your day. Honestly how much better can dogs get now? Instagram Star Pet, Oliver the Dog Is so Cute That He Is Always Mistaken for a Fluffy Teddy Bear! These Paw-dorable Pictures Are a Proof.

Kiara who is "named after the daughter of Simba and Nala from the Disney King 2" is quite popular on Instagram given that she is quite new on the social media platform. She loves volleyball and the social media platform also has a few pics of her playing the game. She is a member of @beachvolleyvikings which is professional sports team based out of Norway, same place Kiara is from. The three years old is said to be a Golden Mountain and loves cuddles. A video of her playing volleyball has taken over the internet for all the right reasons. Here's the video that will leave you jaws-dropped:

imagine losing a game of volleyball to a dog

And the caption that says "imagine losing a game of volleyball to a dog"? Well, people would totally love that! Here are some other videos and pictures of Kiara to make your day:

Dogs love playing with their humans! Currently, during quarantine when most people are at home, dogs are really the happiest. Just recently, an internet user had tweeted saying that her dog is so happy to see all family members at home that he did not stop wagging his tail, so much so that 'he had sprained his tail'. Just last year, a beautiful video of a special dog chasing a ball was being massively shared on social media. The dog in the video is paralysed but the little one didn't know of it and he tried to run for the ball like any other dog. The video melted hearts.