Couple Have Sex by the Side of Track at Monte Carlo Rally, Racer’s Dashcam Captures X-Rated Footage, Video Goes Viral 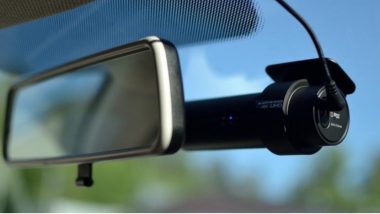 With an increasing number of people coming out to have sex in public, whether in the audience or on the road, XXX videos of Agoraphilia searches have peaked. The most recent one was caught by a driver's dashcam that captured a RANDY couple who appeared to be having sex near a racetrack. When the intrepid pair were discovered, the race in the South of France was really heating up. At the Monte Carlo Rally, they were blinded by the headlights of the seasoned Greek driver Jourdan Serderidis. Man Caught on Camera Having Sex With Woman on Busy Street in Thailand's Pattaya, Video Goes Viral.

His headlights shone down on the romping lovers, who were surrounded by other onlookers as well. Serderidis' dashcam captured the bizarre sights, which were broadcast live on the World Rally Championships website. Agoraphilia: Why Do People like Having Sex in Public Places? Know More About the Fetish for Enjoying Sex Outdoors.

Seattle Mariners were playing Oakland Athletics at the time, but the pair making out in the stadium's corner grabbed all the attention. Additionally, lightning struck twice in the same month when two baseball stadium visitors were expelled for having sex there.

The Chicago Cubs were playing the Toronto Blue Jays when two spectators decided to go NSFW. Although they were led out of the area, no one was taken into custody by the police.

(The above story first appeared on LatestLY on Jan 24, 2023 11:07 PM IST. For more news and updates on politics, world, sports, entertainment and lifestyle, log on to our website latestly.com).