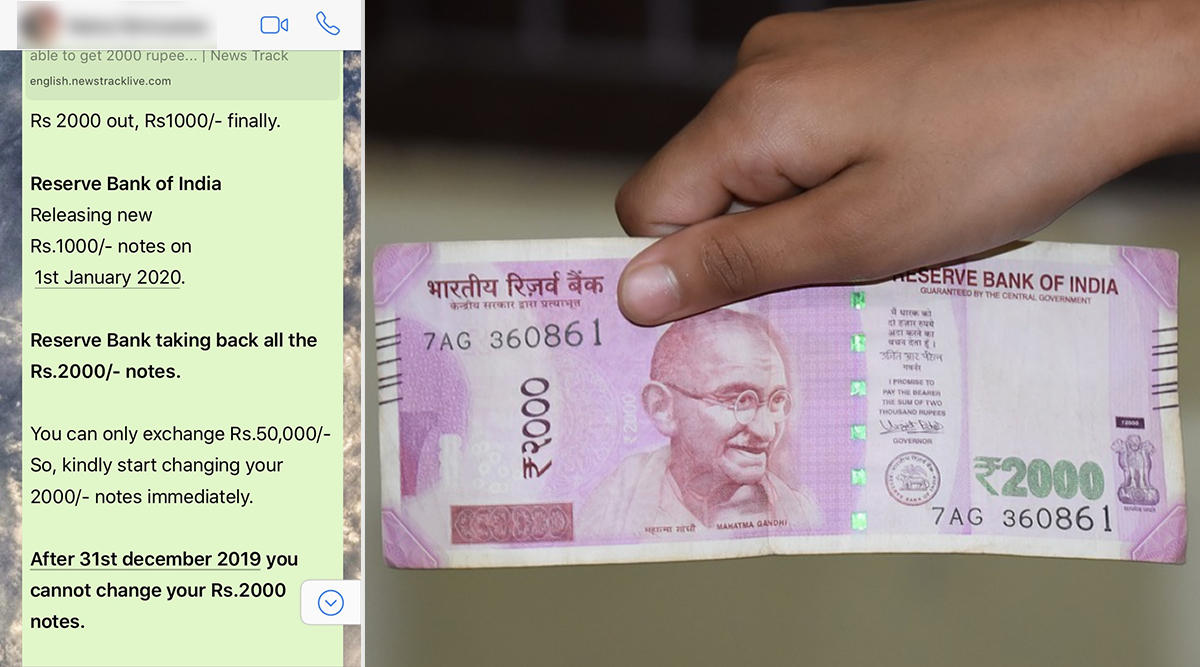 "*Central Reserve Bank of India..*Releasing new Rs.1000/- notes on 1st January 2020. *Reserve Bank taking back all the Rs.2000/- notes.* You can only exchange Rs.50,000/- So kindly start changing your 2000/- notes immediately. *After 31st december 2019 you cannot change your Rs.2000 notes.* (sic)" reads the viral message. The fact is all claims made in the viral message are false. There has been no such announcement by the RBI that Rs 2000 notes will be demonetised. 3 Years of Demonetisation: A Look at India's GDP Since The Day PM Narendra Modi Announced Note Ban.

On December 3, Anurag Singh Thakur, Minister of State for Finance & Corporate Affairs, in a written reply to a question in Rajya Sabha, cleared that the government has no plans to stop the circulation of Rs 2000 currency notes, reported The Mint. The false claim about the scrapping of Rs 2000 notes was also made in October this year. "These are all rumours. There has been no such notification (by the RBI). Please refer to the website for all communication," Department of Communication, RBI, had then told The Alt news.

These are false claims. No such decision has been announced by RBI.