Georgia Reporter Groped on Live TV by a Jerk Participant During Running Event, Journo Slams the Runner for Slapping Her Butt! 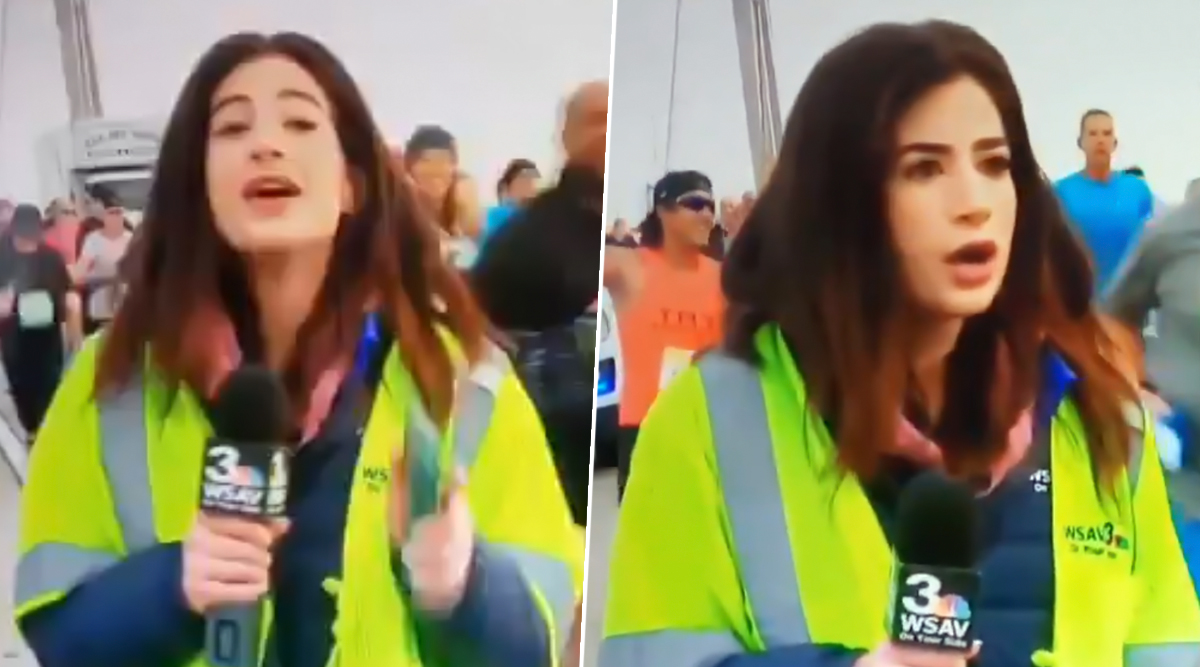 In recent times, female reporters getting sexually assaulted by the public during live reporting have surfaced online with the number of cases increasing. Reporters are often prepared for anything when it comes to getting a story. Now it seems that they need to stay alert more because of some disgusting passer-by who thinks it is “cool” to touch them uncomfortably any time. And not face any consequences for such shameful act! One such incident has garnered a lot of reaction on social media. A Georgian reporter was covering a running event. Amid the live reporting, a jerk participant groped her butt and ran. Shocked and paused for a while, the journo continued her job. But she quickly took to Twitter and slammed the runner for slapping her butt on live TV. Man Tries to Kiss Brazilian Journalist on Live Video, Brave Girl Demands Him to Show Respect.

The reporter identified as Alex Bozarijan works at NBC affiliate WSAV. She can be seen joyously reporting the running event, where participants dressed in costumes were racing from the Talmadge Bridge in Savannah. Suddenly, she was interrupted by one of the runners who just groped her but and went. Bozarijan was visibly shocked and annoyed when the man jogged past her and slapped her on the behind. She paused for a while and then continued her live reporting while looking in the direction of the male jogger before the clip ended. The short clip was later surfaced on social media. Swedish Reporter Groped & Kissed Live on Television During 2018 FIFA World Cup Coverage.

At the time of writing this, the video received more than 9 million views on Twitter. Bozarijan responded to the clip with a tweet of her own, blasting the male jogger who she said smacked her on the behind. “To the man who smacked my butt on live TV this morning: You violated, objectified, and embarrassed me. No woman should EVER have to put up with this at work or anywhere!! Do better,” reads her tweet.

With the tweet gaining a lot of reaction, the Savannah Sports Council event identified the male jogger and shared his information with the reporter and her station. Like we said this is not the first time, a reporter has been assaulted live on TV. During the 2018 FIFA World Cup Russia, a man tried to kiss a Brazilian Journalist on live video. Again Swedish reporter was groped and kissed live on TV during the same coverage that year.