Google 3D Animals AR Feature: From Lion, Giant Panda, Tiger, Cat to Penguin, View Full List of Animals, Birds And Reptiles That Will Give You Company in Lockdown!

A feature by Google lets animals and birds come near as if they were real, yes you can view them in 3D! As more and more people are becoming acquainted with the feature, we bring to you the entire list of animals and birds included in the Google 3D Animals feature. 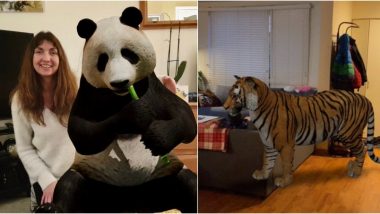 Google 3D Animals is keeping everyone especially kids entertained in the lockdown. As people across countries are in quarantine to thwart the spread of Coronavirus, this amazing Google 3D Animals AR Feature is a new way to keep negativity at bay. Yes, seeing the jungle animals in your bedroom or living room is definitely a mind-blowingly cool thing to happen. A feature by Google lets animals and birds come near as if they were real, yes, you can view them in 3D! Google 3D animals have become a sudden hit among people staying indoors across countries. Children seem to be quite amused with their favourite animals visiting them at their homes. Some of the popular animals and birds in this feature include lion, tiger, penguin, giant panda and dog. With they confined to their homes, Google 3D Animals AR Feature is helping them pass time at home. As more and more people are becoming acquainted with the feature, we bring to you the entire list of animals and birds included in the Google 3D Animals feature. Google 'View in 3D' Animals AR Feature Video Tutorial: Step by Step Guide on How to Click Photos With Lion, Giant Panda, Tiger, and Penguin in Your Space.

The list of animals and birds you can view in Google 3D Animals feature include:

To use Google 3D feature, you have to Google the name of the animals. For example, Google 'lion' and follow the steps mentioned below. In the search results, you will see a box which says, "Meet a life-sized giant lion up close".  Then click on the 'view in 3D' button, and proceed to click 'view in your space' to see the lion near you. To activate this feature, you will have to give Google access to your camera. And then you will see the animal standing right in front of you! Google 3D Animals: View Giant Panda, Lion, Bear To Penguin in 3D; Twitterati Spends Quality Time With Kids During Lockdown. 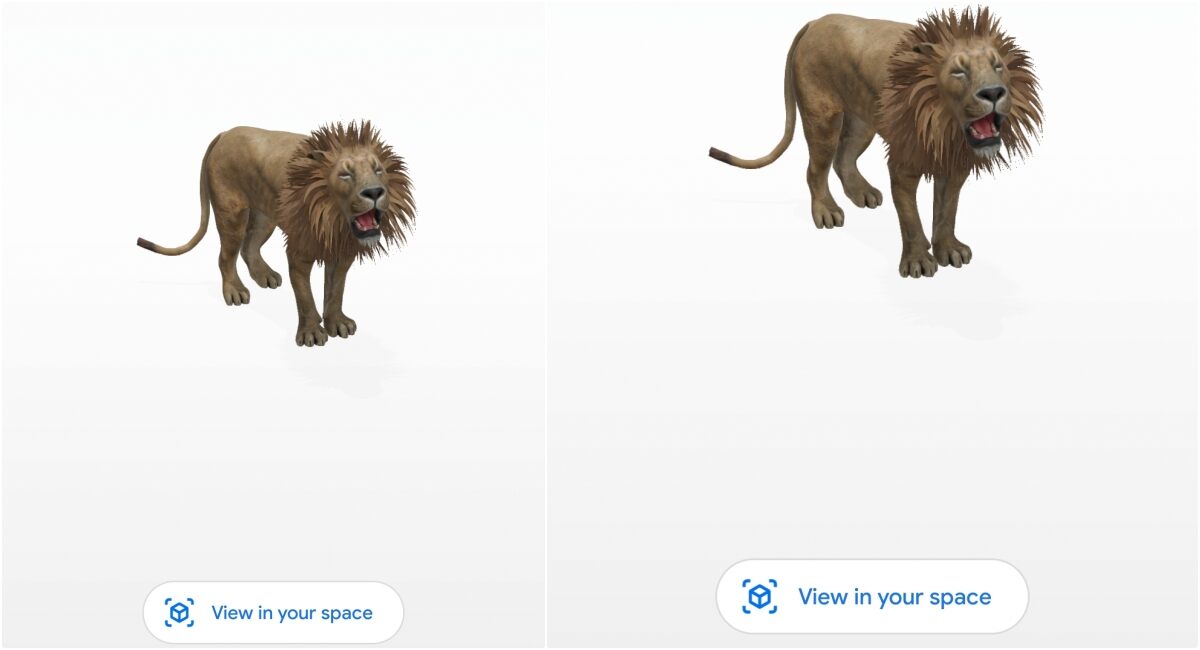 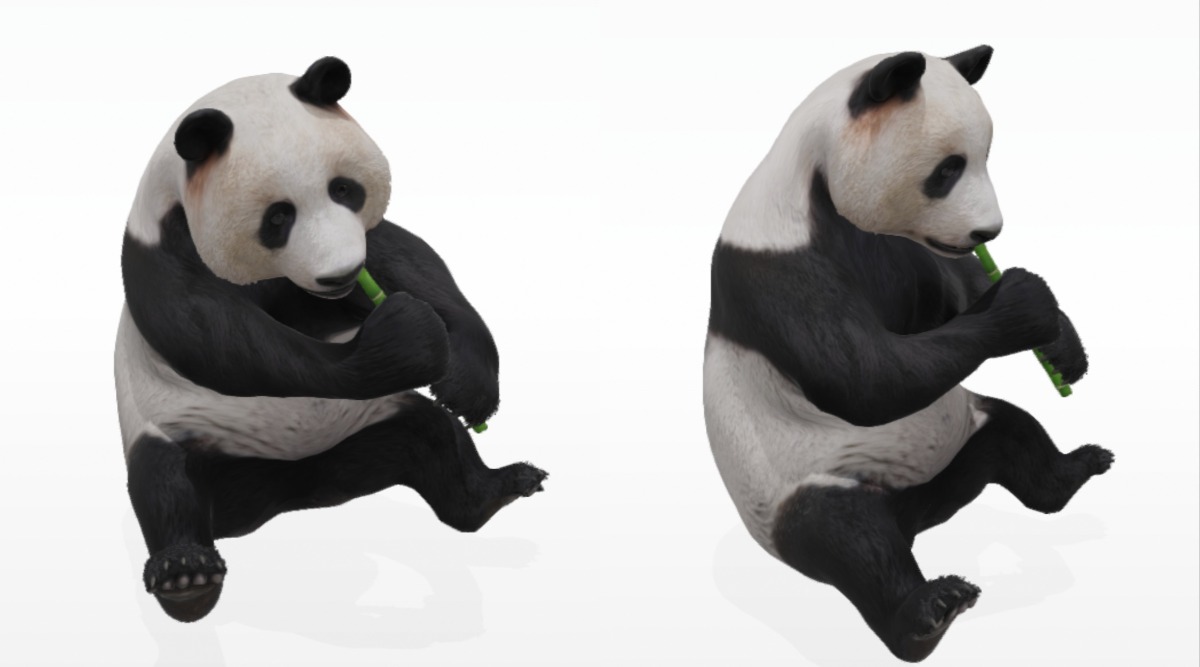 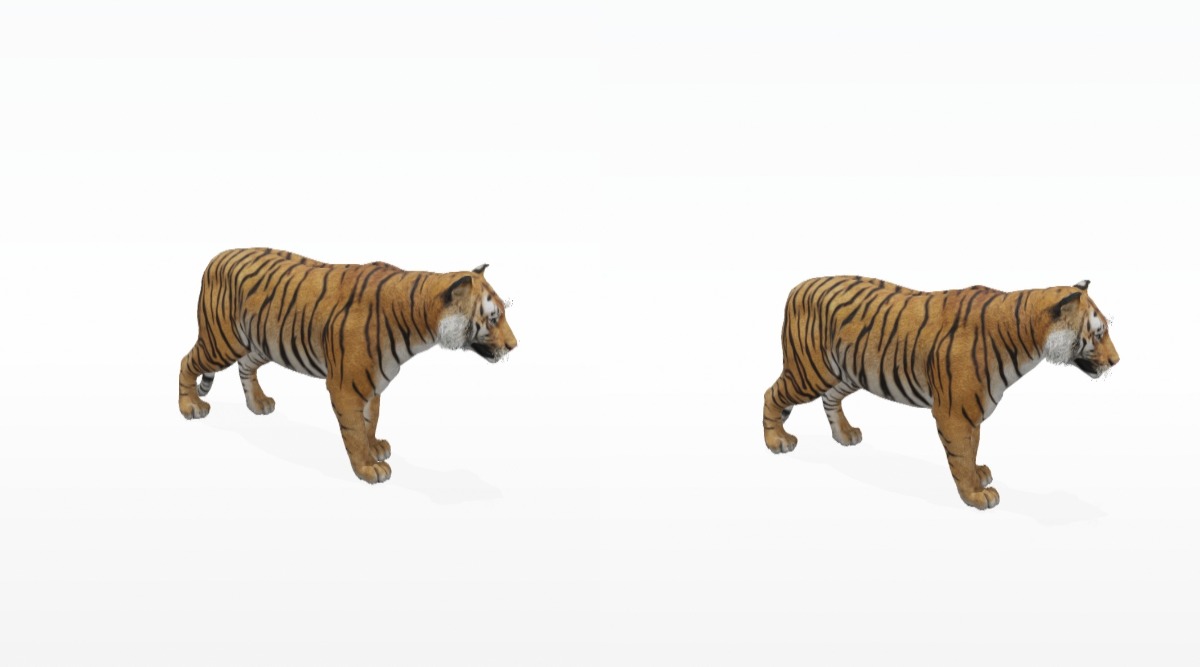 While the feature was introduced by Google last year, it started gaining momentum recently, as people are in quarantine with families at homes. For Android users, Google requires an operating system of Android 7.0. And those using need to be running iOS 11.0 or later. If you are not using then version they head to your settings, click on general and then tap software update. If there is a software update available, hit download and install it. Following which you will be able to use the Google 3D Animals feature on your smartphone.

(The above story first appeared on LatestLY on Apr 05, 2020 11:02 AM IST. For more news and updates on politics, world, sports, entertainment and lifestyle, log on to our website latestly.com).