Gulab Jamun Pav? Picture of Yet Another Weird Food Combination Will Kill Your Hunger! 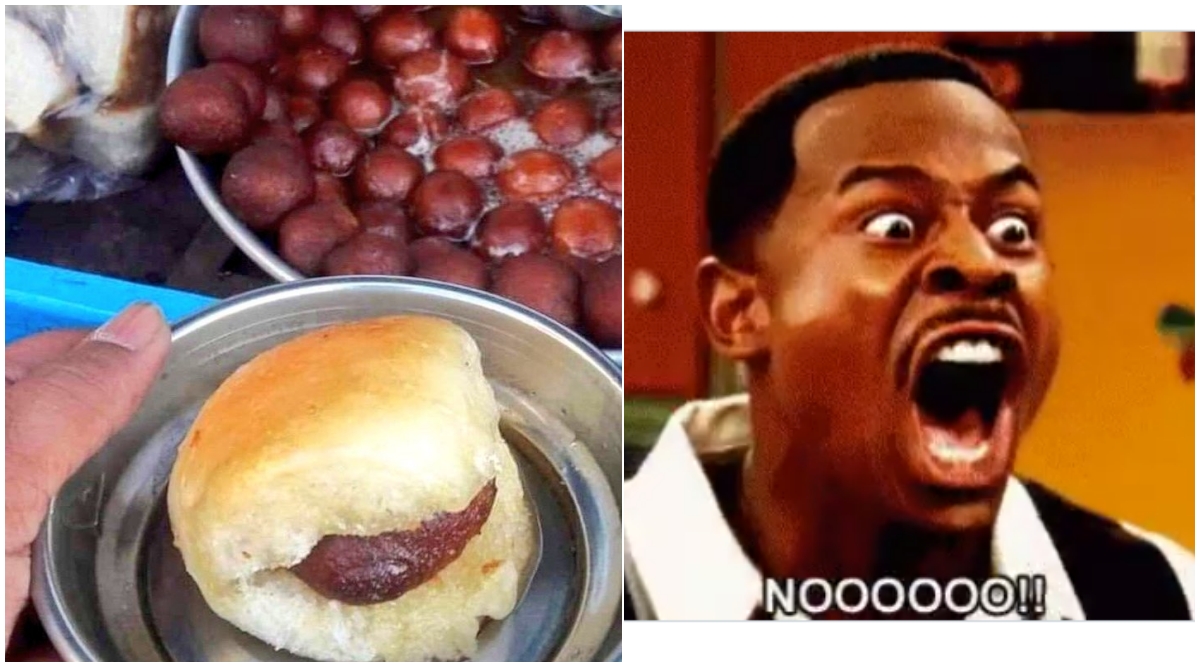 Twitter is a wonderful place when it comes to discovering new things. Be it funny pictures or viral videos, the microblogging platform has so much to offer. But foodies, you are going to be disappointed as another disturbing food combination has come up online. A picture of Gulab Jamun Pav has been shared by a Twitter user and how does it even sound to say it as a combination together? A few days ago, a picture of Gulab Jamun on Pizza was shared online which also went viral. After Kaju Katli - Ketchup Combo, Gulab Jamun Pizza and Kurkure Milkshake by Desi Twitter Are Out to Ruin Your Foodgasm.

Twitter user Catty Stark with a handle @CatWomaniya, shared a picture of Gulab Jamun stuffed in a bakery pav and we honestly, do not know what to think of this. The thumbnail of the picture just shows a lot of Gulab Jamuns freshly made until you click to open the whole picture, and see the lovely sweet but wrapped in a pav! People were not impressed at all and we don't blame them. The picture is going viral and even Zomato couldn't hold themselves back.

Here's how the Twitterati reacted.

What is Wrong With The Society

While it has disgusted many, some people mentioned it wouldn't be that bad a combo to try out! Maybe then they would also like the Gulab Jamun Pizza which also went viral a few days ago. People were not fond of that idea too, but if someone can digest Gulab Jamuns on pizza, then they wouldn't even mind stuffing them in a pav. What's your take? Would you like to try this combo?