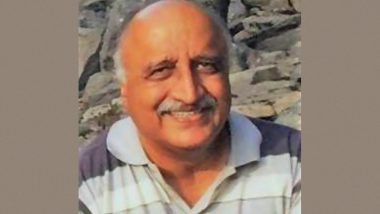 Hyderabad, June 29: A Hyderabad-based mathematical physicist Kumar Eswaran on Monday, claimed to have developed a proof for the Riemann Hypothesis or RH. Notably, the Riemann Hypothesis remained unsolved for the last 161 years. In 2000, it was declared as the Millennium Prize problem two decades ago. As per reports, the solution was founded by the Indian physicist at the Sreenidhi Institute of Science and Technology (SNIST). National Mathematics Day 2020 Funny Memes & Jokes: Hilarious Posts for Those Who Share a Love-Hate Relationship with Math.

The RH helps in counting the prime numbers. The hypothesis also gives a method of generating large random numbers. It was designated as a millennium problem by the Clay Mathematics Institute of Cambridge. The Riemann Hypothesis was one of the seven mathematical problems selected by the institute. Almost five years ago, Eswaran uploaded his research titled “The final and exhaustive proof of the Riemann Hypothesis from first principles” on the internet. A Maths Meme Has Left People Scratching Their Heads, Although The Answer is Quite Easy (Check Viral Tweet).

(The above story first appeared on LatestLY on Jun 29, 2021 03:53 PM IST. For more news and updates on politics, world, sports, entertainment and lifestyle, log on to our website latestly.com).