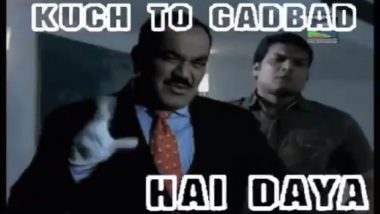 New Delhi, September 11: Twitter was set abuzz on Friday after students unable to check their JEE Main Results 2020 shared jokes and funny memes across the social media site. Although the results were officially out, massive traffic on the official portal - jeemain.nta.nic.in led to a delay for a number of students to check their scores. JEE Main 2020 Results Declared at jeemain.nta.nic.in: Toppers' List Out, 24 Students Score 100 Percentile, Here's How to Check Scores Released by NTA Online.

The National Testing Agency (NTA), the nodal body in-charge of conducting the exams, announced late in the night that the results have been declared. The same was confirmed by news agency Press Trust of India. The toppers' list was also subsequently out, with 24 students found to have scored 100 percentile marks.

When you waiting your result whole day.. But result not comes yet.

The JEE Main examination was conducted between September 1 to September 6 by the National Testing Agency. Decks for the examination was cleared after the Supreme Court had, in the past month, dismissed a clutch of petitions that sought a deferment in the tests till the COVID-19 threat subsides.

(The above story first appeared on LatestLY on Sep 11, 2020 11:50 PM IST. For more news and updates on politics, world, sports, entertainment and lifestyle, log on to our website latestly.com).