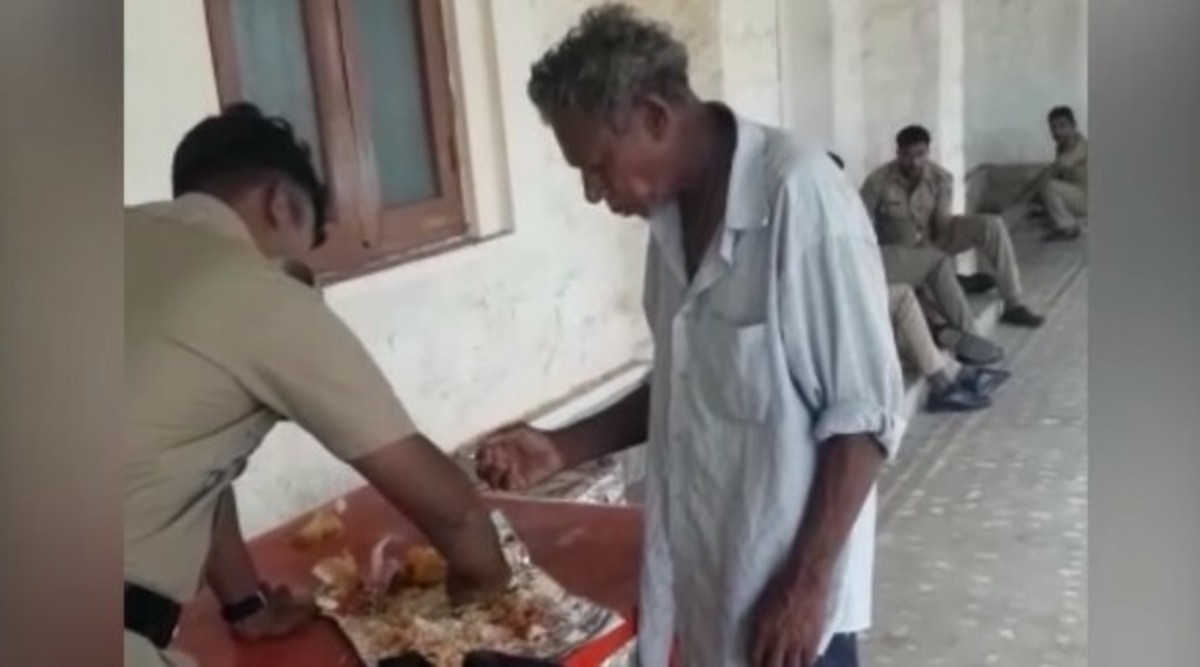 Thiruvananthapuram, December 19: In a heart-warming gesture, a Kerala police officer from Thiruvananthapuram won millions of hearts, after a video of him sharing his food with a man went viral on social media on Monday. The video struck a chord with Facebook, with the post raking over 15,000 views and more than 1,600 reactions. Kerala DGP Loknath Behra has called Police officer SS Sreejtih and praised him for his act. As Mother Writes Exam, Telangana Cop Consoles Crying Baby Outside Centre.

According to a report in Hindustan Times, on hartal day, when Sreejtih was about to have food, he saw a person staring him. The civil police officer realised that the man was hungry. "I asked him whether he had food and he said no. Then I told him to join me. Initially, he refused but when I prodded he agreed,” he said.

This is not the first time that men in khaki have won millions of hearts. Last year, a picture went viral, where a police head constable was seen trying to console a baby when his mother was giving an examination. The incident took place in Mahbubnagar, Telangana.