As we celebrate National Static Electricity Day 2021, let us explore some interesting facts. Did you know you can use static electricity to power up household bulb? You can find out how! Here are six hair-raising things you may not have known about static electricity. 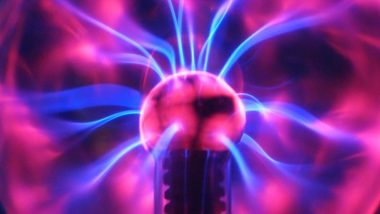 1. Static charges build up when two surfaces rub against each other. When this happens, electrons move from one surface to another, so that one object will have a positive charge, and the other, a negative. Rubbing two objects quickly, like your feet on the carpet, will cause the build-up of a large charge.

2. A spark of static electricity can measure thousands of volts, but has very little current and only lasts for a short period of time. This means it has little power or energy.

3. You can still use static electricity to power up an ordinary household light bulb. How? All you need is a balloon and your hair. That’s right! Blow up a balloon and tie off the end, rub it vigorously against the hair on your head for a minute or two and go into a dark room with your light bulb. Touch the two metal prongs of the light bulb against the surface of the balloon and watch it glow. Repeat the process to build up more static energy.

4. According to scientists, lightning is the best example of static electricity. They believe that lightning comes from the exchange of charges between ice particles within the clouds.

5. Static electricity charges are the same charges that cause materials to cling together or your hair to stand on the end. You can rub silk on a glass rod, fur or hair against a plastic comb to create static energy.

6. Does it have any real uses? It sure does! Static electricity has several uses, also called applications in the real world. One of the main uses is in printers and photocopiers where static electric charges attract the ink or toner to the paper.

Isn’t it interesting? Now that you know so many fun things about static electricity, share the knowledge with your friends and family and make them aware of this energy.

(The above story first appeared on LatestLY on Jan 09, 2021 10:01 AM IST. For more news and updates on politics, world, sports, entertainment and lifestyle, log on to our website latestly.com).