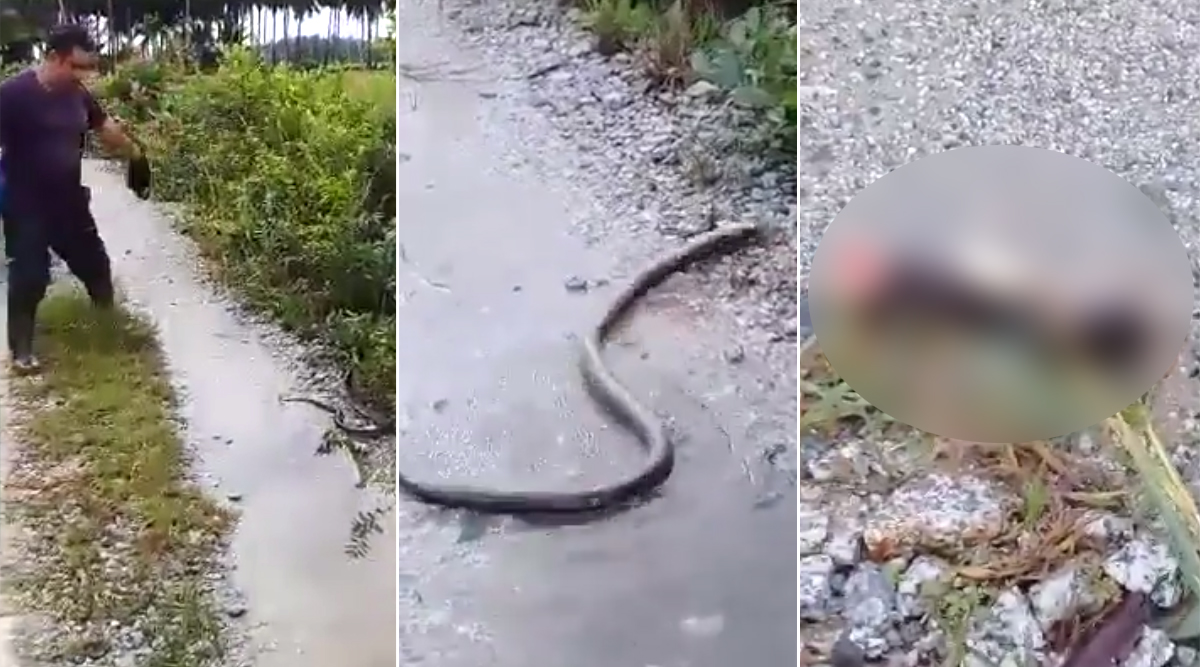 Coming across a snake on a normal day can be a little daunting. If you absolutely hate reptiles then a sight of a snake will definitely freak you out. Most people prefer to run away or at least get as far as possible. But a Malaysian man, decided to take things in his own hand and cut off the head of a cobra he spotted in a field. What's shocking is, the snake did not seem to be causing any harm to the person at all. The man asked his friend to make a video of him severing the head of the snake and then posted it online. But people on the internet are not impressed with his actions and called the brutality uncalled for. Man Teases Snake Live on Camera, Gets Bitten by the Reptile on Forehead! Watch Viral Video.

The incident is reported from Kok Keli, Kelantan. The man was passing through a field when he saw a cobra slither by. But instead of moving ahead and letting the snake be, the man cut off the cobra's head with a sickle that he had with him. The man's friend made a video of the same and it soon came up on social media. The video was also shared by a Persatuan Haiwan Malaysia - Malaysia Animal Association on their Facebook page to create awareness and expressing concern about such conflicts. Video of Cobra Swallowing a Whole Python in Philippines Goes Viral! Rare Snake Fight Caught on Camera.

In the post, they wrote because of the floods in the region, many snakes would be coming out of their holes to find some dry and safe shelter. They advised people to be careful of such snakes, adding that one need not take such drastic action against these reptiles unless the life is at stake. They wrote, "Martial action is allowed if in life-threatens and unless in no choice." The video is also going viral and it has angered many. Most people commented that he did it to boast about his actions and there was no real danger from the snake as its visible. Someone also said that the snake is in its habitat and not in the man's compound that he took a harsh step.