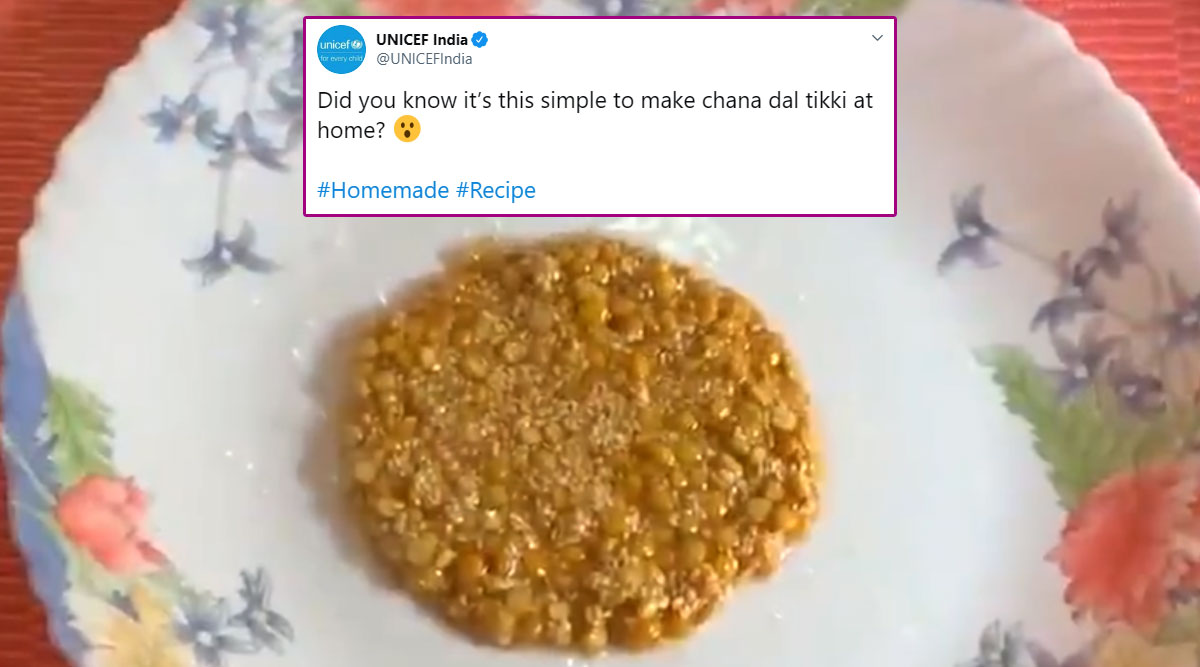 The United Nations Children's Fund (UNICEF) which is a United Nations division looks after humanitarian and developmental aid to children around the world. Recently, UNICEF India posted a video on their Twitter account of making a Chikki, a traditional Indian sweet usually made with peanuts and jaggery. But they made a silly mistake of calling it a Tikki, a snack item made from boiled potatoes and curry spices. The contrast in the name has been pointed out by several netizens, schooling them on the right term to be used.

UNICEF India's Twitter account posted a recipe of Chana dal and sesame chikki. This traditional sweet is made commonly by using peanuts, groundnuts, melted jaggery. There are many other varieties including ones with puffed rice, Bengal gram or desiccated coconut. UNICEF usually posts children's initiatives, programmes, achievements from around the world. They do post simple recipes every few days. But this one time, they made a mistake with the name of the dish. Turmeric-Rice For Meal? Video Shows School Children Fed Haldi-Chawal in Uttar Pradesh's Sitapur, Netizens Ask if 'Journalist Will be Arrested?'

Did you know it’s this simple to make chana dal tikki at home? 😮#Homemade #Recipe pic.twitter.com/G7u62t8mM7

People started schooling them soon. Some even asked why there were posting a recipe instead of something better. Check some of the replies.

I was so confused... Why tf is there jaggery in a tikki?

Why is a Recipe Here?

Why is UNICEF promoting a recipe?

However, when they tweeted the same in Hindi, they corrected it calling it a Chikki. They may have posted it with a nice intention but a single typo has made it a troll worthy tweet!