Actor Aahana Kumra received severe backlash online for her brown face make-up in an Instagram post in which she paid tribute to Indian cricketer Jhulan Goswami. The actor shared a collage of pictures from a recent photoshoot in which she is seen in Indian women's cricket gear. In the pics, she is striking poses similar to Goswami. 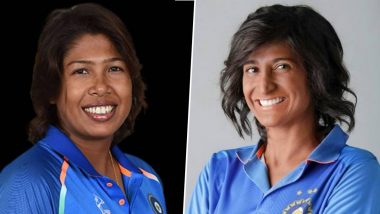 Actor Aahana Kumra dedicated a post to Indian women’s cricketer Jhulan Goswami and paid tribute to the ‘Chakdaha Express’. The Sandwiched Forever actor shared a post on Instagram from one of her recent photoshoots and mentioned that she was paying a tribute to Jhulan for her inspiring journey and her passion for the sport. But the actor was heavily criticised online for her brown face make-up. In each of the pics, barring the last two, the actor can be seen with dark-face make-up. Aahana revealed that it was just a photoshoot and not any film promotion. South Africa Women Beat India Women by 6 Wickets in 2nd T20I, Clinch Series 2-0.

Aahana shared a bunch of collages with Jhulan Goswami in an Instagram post. In the pictures, she and Jhulan can be seen striking similar poses. The actor is also seen in India women’s cricket gear. Sharing the post Aahana wrote, “No I'm not promoting any film. This is purely a tribute to a woman I admire the most after spending time with her and learning her whole story about her journey, her hardships and her passion for the sport!

“@jhulangoswami fondly called jhulan di by all her team mates is loved and admired by all the members of the Indian women's cricket team! This photo series is my tribute to her and hopefully as actresses one day we can all break stereo types and be the best versions of ourselves by telling the greatest stories!! @jhulangoswami thank you for your story! And I wish and pray the best for you forever! Your fan!” Take a look at the Instagram post.

Jhulan also commented on the post and wrote “Great job keep it up!!” But while some fans liked the actor’s effort, they criticised her brown face make-up. “What's with the darker tone make-up? Instead, why don't we hire actors with the similar color-tone, it would have been so much better and looked far more natural,” a fan commented on the post.

On Twitter also fans shared screenshots of the post and lashed out at the actor for applying a darker-tone make-up for the shoot. “Why painted your face black? To shame her on fairness ground or sheer racism?” a fan wrote. Take a look at how angry netizens reacted to the post. 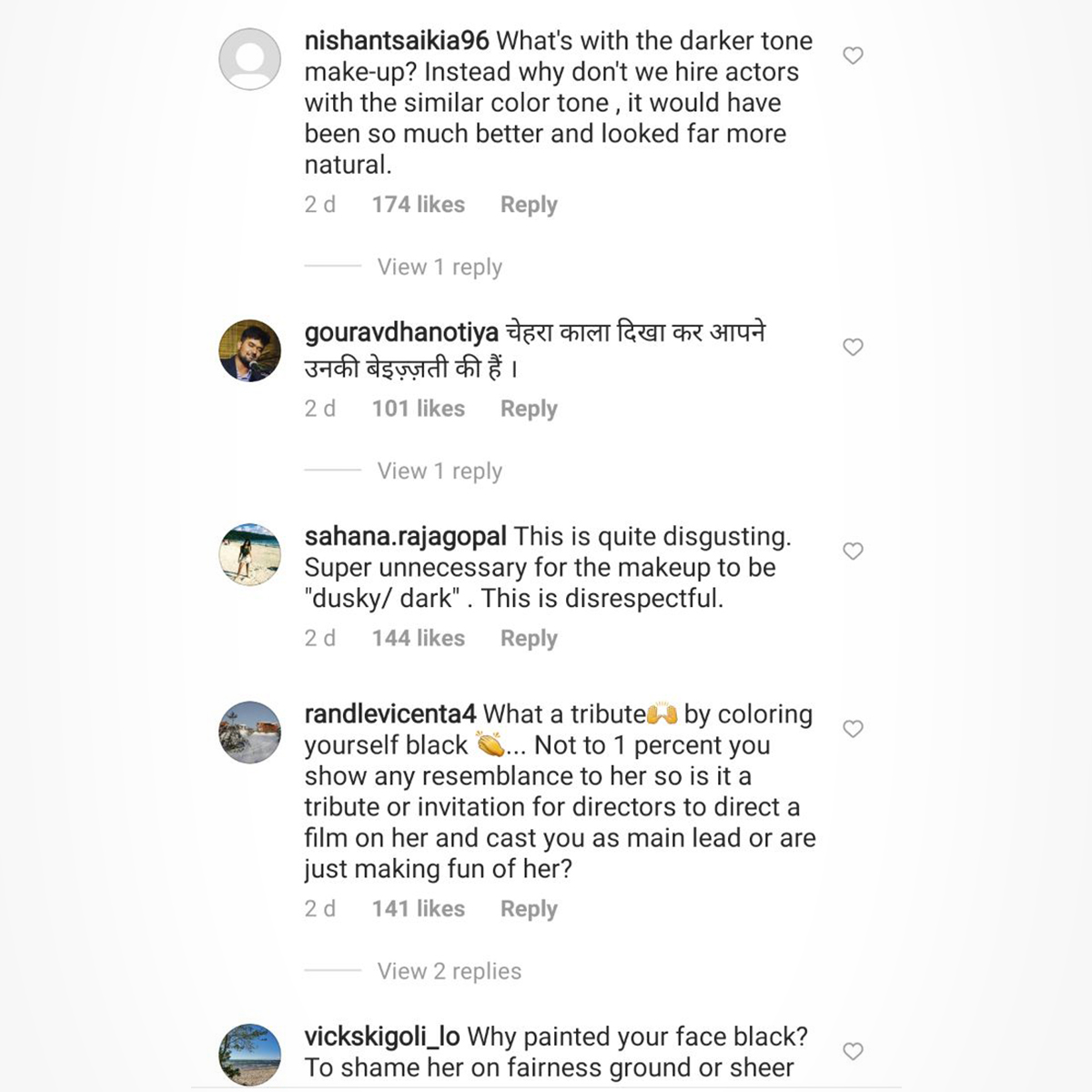 Kumra last appeared in the SonyLiv original series “Sandwiched Forever” with Divya Seth and Kunaal Roy Kapoor. She has also acted in films such as Khuda Haafiz, Marzi and Betaal. Aahana won the Asian Academy Creative Award for Marzi in the Best Actress in a Leading Role category. Her next release is Shamshera starring Ranbir Kapoor.

(The above story first appeared on LatestLY on Mar 22, 2021 11:52 AM IST. For more news and updates on politics, world, sports, entertainment and lifestyle, log on to our website latestly.com).