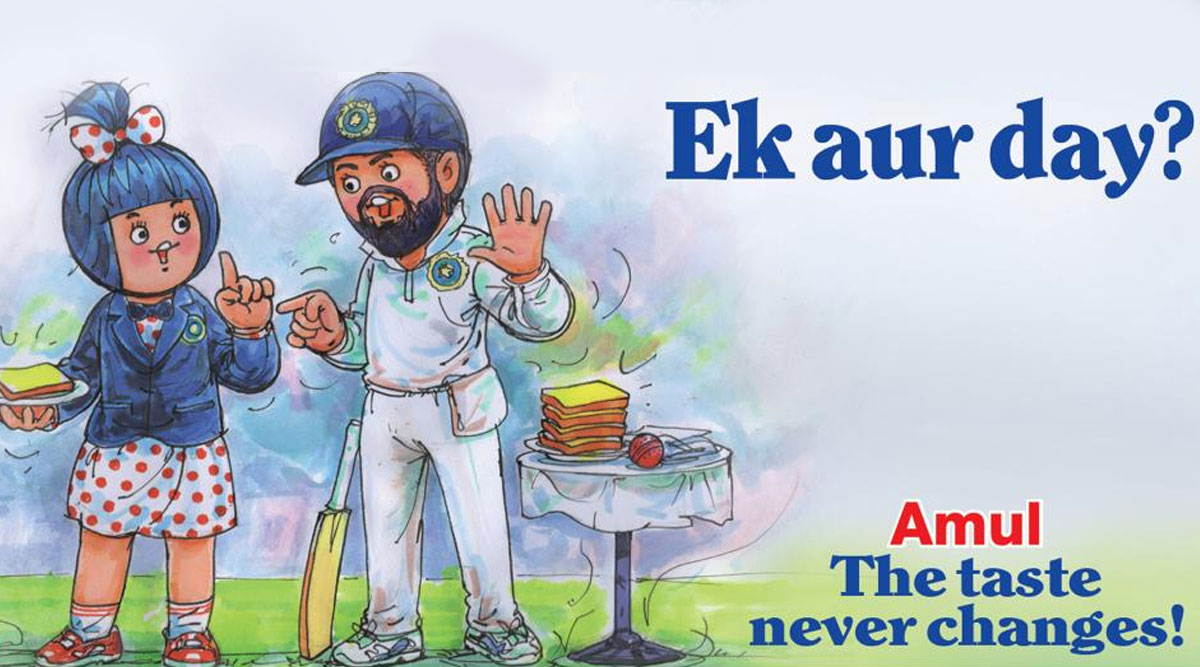 ICC has proposed to cut down the Test match to four days which has indeed not been accepted by many people from the cricket fraternity. The International Cricket Council is considering to have four days Test match instead of five days from the commencement of ICC World Test Championship 2023. The main intention behind this is to cut down the number of playing days. Meanwhile, Amul has come out with its amazing doodle for ICC proposal of four-day Tests matches replacing traditional five days. ICC Considering to Add Four-Day Tests to World Test Championship From 2023: Report.

The funniest part of this Amul doodle is that it shows Indian skipper insisting to stick with regular five days Test match. Virat Kohli, just before India vs Sri Lanka 1st T20I match in 2020 said during a press conference said that converting a five day Test match to four-day will alter the game too much and it is not fair. Even former cricketer Gautam Gambhir and senior Australian spinner have termed ICC proposal of a 4-Day Test match as a ridiculous idea. Virat Kohli Opposes Four-Day Tests Proposed by the ICC, Says 'Not in Favour of Any Alterations'

Tony Irish, the head of Federation of International Cricketers Associations (FICA) has said that ICC needs to come up with a clear schedule, if four-day Tests become mandatory. Meanwhile, in spite of getting criticised by so many cricketers, ICC has decided to go ahead with the discussion of a four-day Test match in the meeting that which be held in Dubai from March 27 to March 31, 2020.