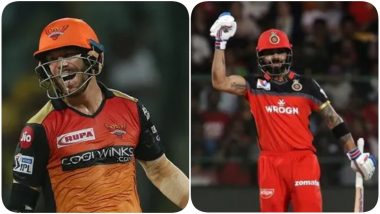 Days after trolling Royal Challengers Bangalore, Sunrisers Hyderabad captain David Warner has wished good luck to Virat Kohli and team on social media. So here's exactly what happened. David Warner shared a video on Instagram and a Royal Challengers Bangalore fan responded to the post with RCB slogan and wrote, "E Sala Cup Namde." The SRH skipper instead of trolling the netizen and wished the team, "Good Luck." A few days ago an RCB fan on social media said that the IPL 2020 will be won by Virat Kohli and team to which the Australian cricketer in an astounding tone said, "Really"? David Warner Takes a Dig at RCB after Fan Backs Virat Kohli-Led Team to Lift IPL 2020 Title.

The IPL 2020 will begin from September 19, 2020, and will end on November 10 2020. The tournament will be held in UAE and the BCCI took the decision of hosting the cash-rich event after the number of cases in India had been on a constant rise. The franchises and the fans are excited about the upcoming league. For now, let's have a look at the post and the screenshot of Warner's comment. 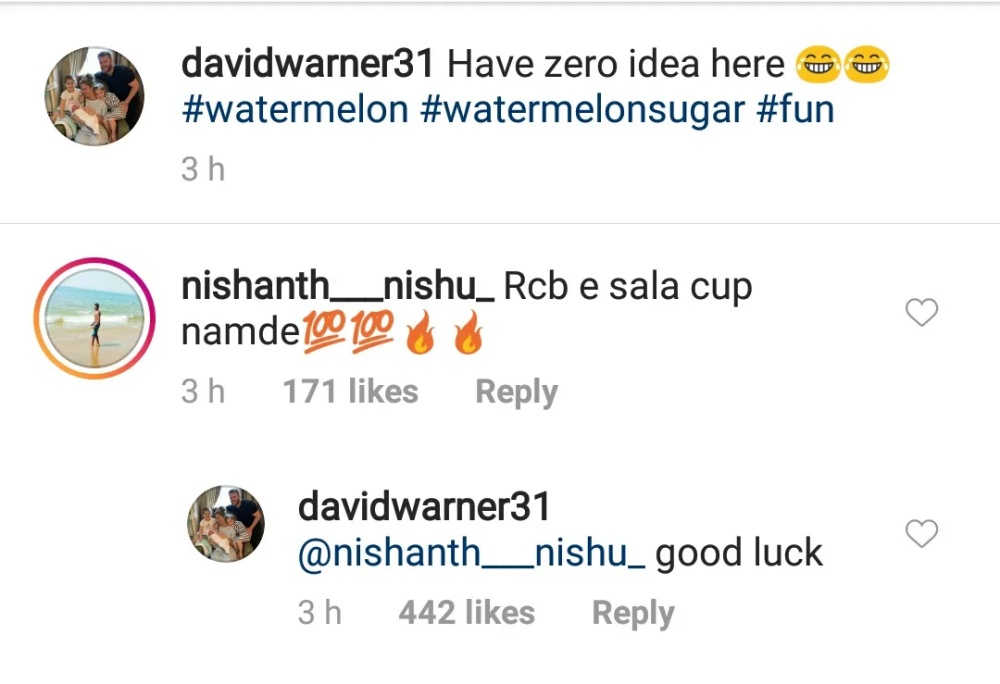 Like the franchises, even the cricketers are excited for the IPL 2020. The teams are supposed to leave for the upcoming tournament on August 20, 2020. Sunrisers Hyderabad would be looking to replicate their performance from 2016 when they won the tournament that year.

(The above story first appeared on LatestLY on Aug 06, 2020 03:22 PM IST. For more news and updates on politics, world, sports, entertainment and lifestyle, log on to our website latestly.com).