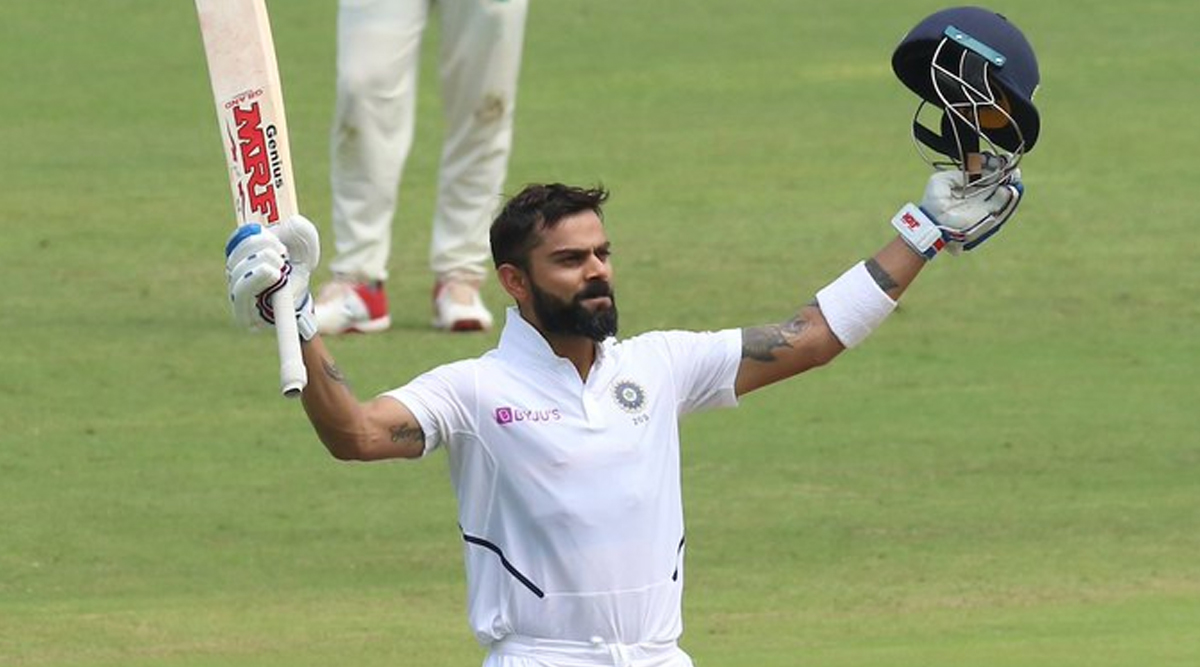 Pune, October 11: Indian captain Virat Kohli scored his first ton of 2019 on Friday and ended up converting that into his highest Test score, breaking a slew of records along the way. On Day 2 of the second Test between India and South Africa in Pune, Kohli led from the front as the Indian batsmen ground the visitors to the dust. He ended the Indian innings unbeaten on 254 as India declared on 601/5. A number of former cricketers congratulated the Indian captain and his teammates for their performances. Apart from Kohli, Mayank Agarwal was the other centurion with 108 on the board while Ravindra Jadeja, who shared a 225-run stand with Kohli, blasted 91 runs off 104 balls. Virat Kohli Rewrites Record Books with 7th Double Test Hundred; Netizens ‘Hail King Kohli’ for Overtaking Don Bradman.

Sachin Tendulkar led the tributes for the Indians on Friday. "Congrats to @imVkohli on his double hundred and @mayankcricket for his hundred. Well played guys. Keep it up! #INDvsSA (sic.)," said the batting legend. Sanjay Manjrekar said: "For a modern day successful T20 batsman, that Virat is also able to grind out a whole session (this morning) against quality bowling is his rare versatility & an important element of his greatness. #indvsa (sic.)" Virat Kohli Stares at Multiple Records As India Extends Domination over South Africa on Day 2; Indian Skipper Remains 6 Runs Short of Completing 7000 Runs.

Commentator Harsha Bhogle said: "The landmarks flow for Virat Kohli. Like a champion batsman he breaks a 10 innings century drought with a double. And, something that is becoming noteworthy for him, without a single six! Most doubles by an Indian now and the small matter of 7000 test runs." South Africa ended the day precariously on 36/3 with opener Dean Elgar, who scored a century in the first Test, back in the hut.