ICC Cricket World Cup 2019: Sourav Ganguly Rates Pakistan as One of the Favourites, Says Their Record in Tournaments in England Is Remarkable 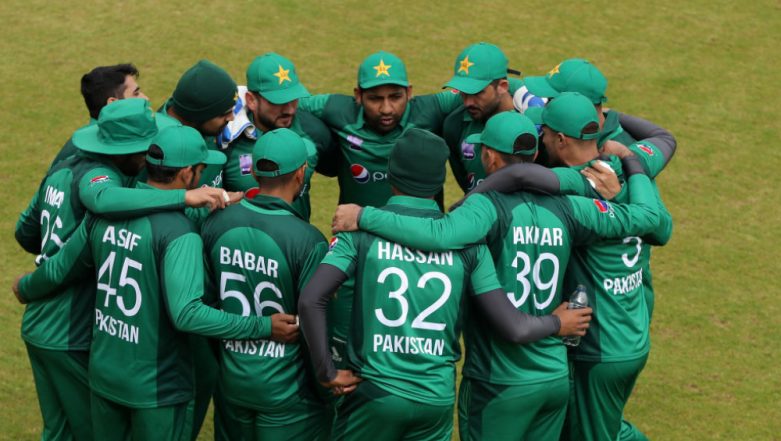 Former India captain Sourav Ganguly has rated Pakistan national cricket team as one of the favourites to lift the ICC Cricket World Cup 2019. Ganguly reckons that apart from India, Australia and hosts England, Pakistan will be the fourth semifinalist. Ganguly has cited Pakistan’s record in England and believes that the Green Shirts can be successful once again. Players Who May Retire After ICC Cricket World Cup 2019: Chris Gayle, Imran Tahir, Shoaib Malik to Bid Adieu to ODI Career Post CWC19.

"Pakistan's record in world tournaments in England is remarkable. They won the Champions Trophy two years ago, they won the 2009 World T20 in England. Pakistan always play well in England. You see the last game in England. England got 374 and Pakistan just lost by 12 runs. They also beat England in England in Test matches there because of their bowling lineup," Ganguly was quoted as saying by PTI. ICC Cricket World Cup 2019 Schedule in PDF: Ticket Prices, Dates, Venue Details & Timetable Available for Download Online.

Speaking on the much awaited India vs Pakistan contest, Ganguly said both the teams will have to play well on the match day. He, however, felt that beating a strong team like India won’t be easy.

"I don't believe in records. Both of them will have to play well on that particular day. India will be a very good side. They will be very hard to beat. Team which has the likes of Kohli, Rohit, Shikhar Dhawan can't be weak," Ganguly said. India vs Pakistan, ICC Cricket World Cup 2003: When Waqar Younis Got Booed by Indian Fans in Centurion (Watch Video).

The ICC Cricket World Cup 2019 begins on May 30 with hosts England taking on South Africa. Pakistan will open their campaign against West Indies on May 31. India will leave for England on May 22 and play their first match against South Africa on June 05.