India vs England 1st T20I 2022, Southampton Weather Report: Check Out the Rain Forecast and Pitch Report of The Ageas Bowl

Rohit Sharma's India would aim to script a turnaround after a painful loss in the rescheduled Test match. England on the other under, would kickstart a new era under Jos Buttler. 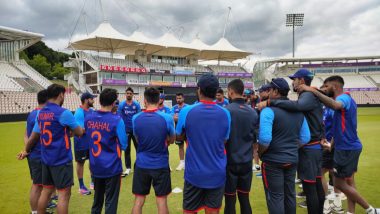 India and England are set to square off in the first of three T20Is at The Ageas Bowl on Thursday, July 7. The match is set to be played at 10:30 pm IST (Indian Standard Time). After a defeat in the rescheduled fifth Test, India would be raring to gain some measure of redemption, albeit in a different format. The big news is that skipper Rohit Sharma would be back in action and he would have a fresh and exciting side at his disposal come Thursday. India Likely Playing XI for 1st T20I vs England: Debut for Arshdeep Singh? Check Predicted Indian 11 for Cricket Match in Southampton

England on the other hand would usher in a new era with Jos Buttler taking over as full-time limited-overs skipper after the international retirement of influential captain Eoin Morgan. England are a dangerous side in the shortest version of the game, having some of the biggest hitters and they would once again aim to bring joy to home fans in the T20I series opener on Thursday, July 7. 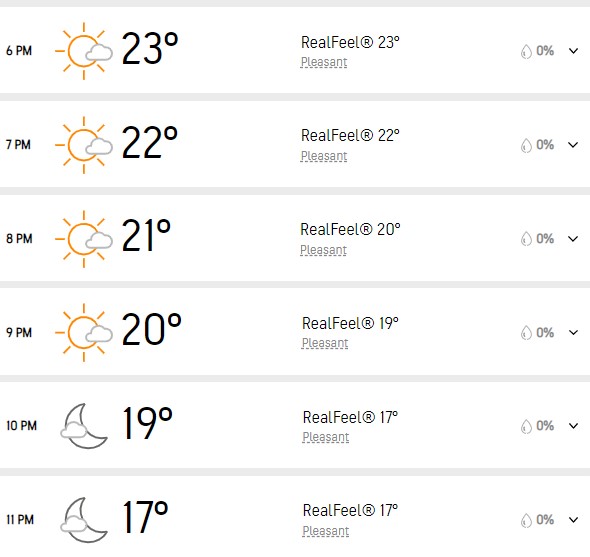 Expected weather at the time of IND vs ENG 1st T20I at Southampton (Source: Accuweather)

According to this, the weather is likely to stay alright for a full and uninterrupted game of cricket is expected. The temperate is likely to be around 23-17 degrees.

The Ageas Bowl is known to be a batting-friendly ground. With powerful hitters in both camps, one can surely expect a high-scoring match. Batters would have value for their shots and they would surely aim to make the most of field restrictions in the powerplay. Bowlers would need to bowl in the right lengths and

(The above story first appeared on LatestLY on Jul 06, 2022 11:42 PM IST. For more news and updates on politics, world, sports, entertainment and lifestyle, log on to our website latestly.com).