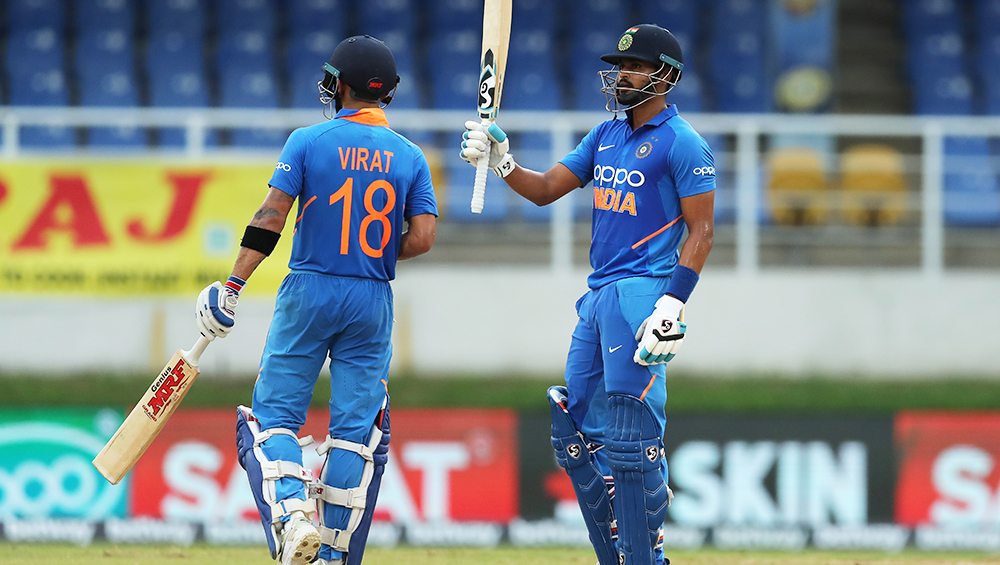 Riding on the quick-fire knock by KL Rahul and some end-over blitzes by Shreyas Iyer, India defeated New Zealand by six wickets in the first T20I and took a 1-0 lead in the five-match series. Chasing a mammoth total of 204 runs, the Indian batsmen scored runs all over the park and guided their side to a thumping victory. KL Rahul was the one who gave India a great start by scoring a brilliant fifty. After that it was, Shreyas Iyer who took the baton and ensured India’s victories. Meanwhile, you can scroll down to check all the stats from the encounter. New Zealand Vs India, Cricket Score 1st T20I Match.

Earlier in the match, Virat Kohli won the toss and elected to bowl first. The decision didn’t prove to be spot-on as the Kiwis put on a colossal batting display and made a mockery of the Indian bowlers. Colin Munro, Kane Williamson and Ross Taylor scored half-centuries to guide their side to a mammoth score of 203/5 in the first innings. In reply, the visitors lost Rohit Sharma early but Virat Kohli and KL Rahul took the onus and built up a match-defining partnership. Later Shreyas Iyer joint the party and guided his side to a magnificent win.

# This was the third-highest run chase by India in the T20I format.

# This was the first-ever T20I match when five batsmen scored half-centuries.

# Mitchell Santner became the third Kiwi bowler to take 50 wickets in T20 Internationals, the other two being Tim Southee and Nathan Mccullum.

# Ish Sodhi has now taken the most wickets (13) against India in the shortest format of the game.

# Ross Taylor scored a T20I half-century after a span of more than five years.

The second T20I of the series will be played on January 26 at the same venue. Virat Kohli and Co will aim to put the foot on the paddle and clinched the second encounter too. On the other hand, the Kiwis will eye redemption and are expected to bounce back in the next match.