India had to chase 268 in the decider at Hyderabad. They were 76/7 when it rained. The ground-staff made little effort to clear the water when the rain stopped. 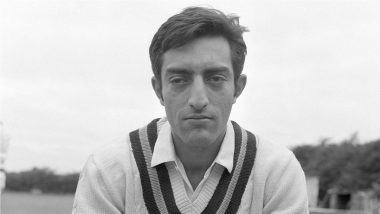 Under normal circumstances, New Zealand should have won the Hyderabad Test of 1969/70, and with that, the series. Unfortunately, that was not to be, for no fault of theirs. In fact, they are yet to win their first Test series on Indian soil.

Then, at Hyderabad, New Zealand made 181/9 on Day 1. It rained for two days. When the covers were removed, the pitch looked green. New Zealand were bowled out on the same score. Then Bob Cunis, Bruce Taylor, and Dayle Hadlee reduced India to 49/9 before the last wicket took the score to 89.

While returning, a boy ran out from the crowd to meet them. A policeman beat him with a stick. This led to crowd violence that spilled over outside the venue, on the streets. Amidst all this, the Test match continued.

New Zealand declared on 175/8. India needed to score 268 or bat out all of the last day. They soon became 76/7, when it rained. When the rain stopped, the ground-staff showed no intent of removing the tarpaulin. Instead, they merely mopped the water with rags. Graham Dowling, New Zealand captain, took off his shoes and socks to help them. His teammates joined in.

The crowd booed the ground-staff, chanting ‘New Zealand zindabad’, ‘down with the Indian team,’ and ‘shame, shame, Pataudi.’ The match was called off at 4.45 PM. The media lambasted the organisers.

(The above story first appeared on LatestLY on Jun 21, 2021 05:01 PM IST. For more news and updates on politics, world, sports, entertainment and lifestyle, log on to our website latestly.com).