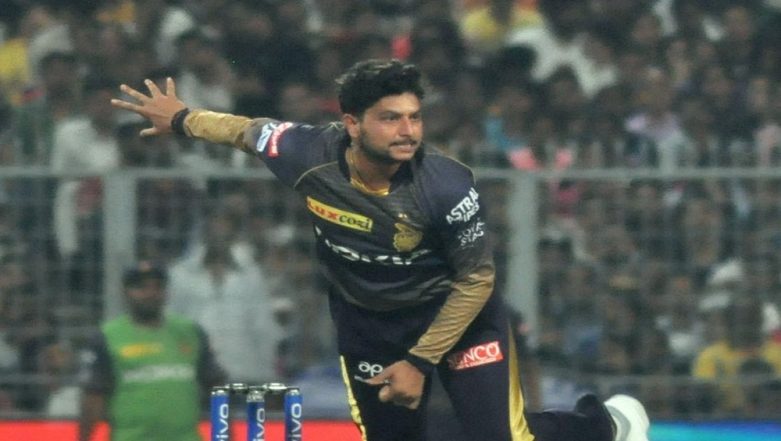 After RCB sealing their fourth win in the IPL 2019 at Bangalore, the action now shifts to the City of Joy in Kolkata. The 43rd game of the IPL 2019 witness the Kolkata Knight Riders battling it out with the Rajasthan Royals. The last time the two teams locked horns with each other, the Kolkata Knight Riders won the game by eight wickets. Before we get into the live streaming details of the game, let’s have a look at the points table.

The Chennai Super Kings have reclaimed the top position of the IPL 2019 points table after they went on to win the game against the Sunrisers Hyderabad today at the MA Chidambaram Stadium. With this Delhi Capitals is on number two and Mumbai Indians are placed on number three. The Sunrisers Hyderabad is on number four. IPL 2019 Points Table Updated: RCB Moves to Number Seven After Defeating KXIP by 17 Runs at the Indian Premier League 12 Team Standings.

It was AB de Villiers who stole the show as he scored a magnificent inning of 82 unbeaten and led the team to a total 202 runs. Despite having a decent start from KL Rahul and Chris Gayle, KXIP could not capitalise on the same. Nicholas Pooran tried his level best to save the team but got out on 46. Virat Kohli and men won the game by 17 runs.

Kolkata Knight Riders vs Rajasthan Royals face-off in the IPL 2019 match 43. It will be played at RCB’s home venue- Eden Gardens, Kolkata. The KKR vs RR is scheduled to begin at 08:00 p.m (IST). Fans can watch the IPL match two both on TV and via online streaming. Star Sports holds the telecast rights of IPL 2019 and will broadcast the match live across its network. The live streaming online of IPL 2019 will be available on Hotstar app and website. Fans can click here, for KKR vs RR live score updates.