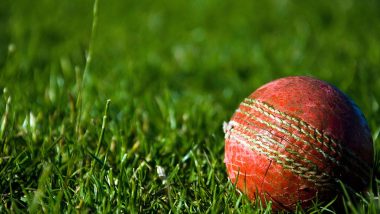 Bermuda and Canada will aim to extend their winning run when they face each other in match three of ICC World Twenty20 Americas Region Final tournament. Bermuda upset the United States by six runs in the opening game, while Canada thrashed the Cayman Islands by 84 runs in their first match of ICC World T20 America Qualifiers. Bermuda vs Canada game will be played at the National Stadium in Hamilton. For fans interested in watching the Bermuda vs Canada ICC World T20 qualifiers, can scroll below for all information regarding the telecast, free live streaming online and score updates of the BER vs CAN 3rd T20I game. Bermuda vs Canada Cricket Score 3rd T20 Match.

Bermuda and United States produced a thriller in the opening game with the former edging out the USA by six runs. Delray Rawlins scored a half-century to help Bermuda post 141/7 in 20 overs after skipper Terryn Sunil had opted to bat first. In reply, the United States could only muster 135 with all of the Bermuda bowlers chipping in with regular wickets. George O’Brien Jr was the pick of the Bermuda bowlers with two wickets.

Camada, on the other, won big with young Ravinderpal Singh smashing a century on debut to help his side beat the Cayman Islands by 84 runs in their first match of the Americas Region Final Tournament. Singh slammed 101 in just 48 deliveries that included 10 sixes, which makes him the first player to score a century on T20I debut. His hundred helped Canada to 196 runs before they restricted the Cayman Islands to just 112/7 in 20 overs.

Bermuda vs Canada, 3rd T20I game of the Americas Region Finals will be played on August 19, 2019 (Monday). The BER vs CAN game is scheduled to start at 7:30 pm IST (Indian Time) and 11:00 am local time. The game will be played at the National Stadium in Hamilton, Bermuda.

Unfortunately, there will be no live telecast for the Bermuda vs Canada, 3rd T20I game of the Americas Region Final Tournament. Fans can, however, follow the ball by ball commentary of BER vs CAN T20I game on LatestLY.

There will also be no live streaming available online for Bermuda vs Canada, 3rd T20I match.

The Americas Region Finals involve four teams - United States, Bermuda, Canada and Cayman Islands - each of whom will play six games each in the Region Qualifiers for next year's ICC World T20. All teams will face each other two-time each with the top-placed side progressing to the main qualifiers to be held in December later this year.

(The above story first appeared on LatestLY on Aug 19, 2019 06:08 PM IST. For more news and updates on politics, world, sports, entertainment and lifestyle, log on to our website latestly.com).