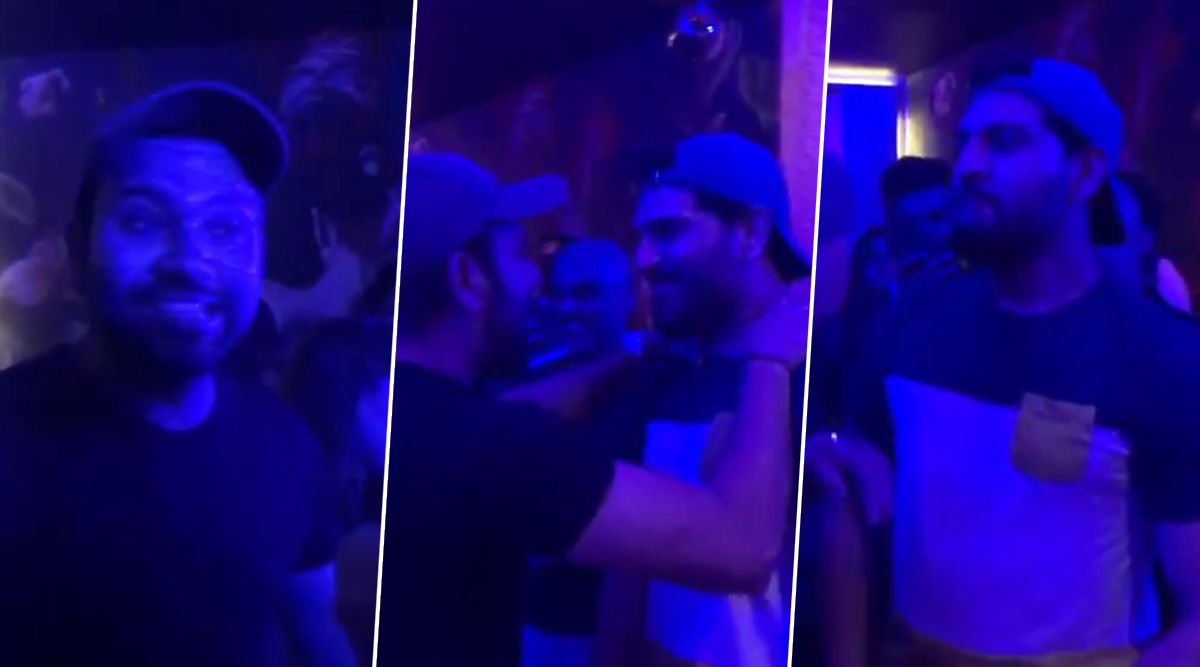 Yuvraj Singh celebrates his birthday on December 12 (Thursday) and Rohit Sharma wished him by sharing a throwback video. The Indian opener Rohit Sharma took to Instagram to share an old video of himself and Yuvraj Singh. In the video, Rohit and Yuvraj were seen singing and dancing on a rap song in a club. Rohit Sharma also praised Yuvraj Singh’s dancing moves with a sincere caption on his Instagram post.

The ODI vice-captain Rohit Sharma wrote along with the video, “Happy birthday to the man with the moves on and off the field @yuvisofficial”. There were more than eight lakh views on the video within just two hours. Have a look at the video below. Yuvraj Singh Birthday Special: 10 Dance Videos of Former Indian Cricketer That Will Give Bollywood Heroes A Good Run For Their Money!

Yuvraj Singh and Rohit Sharma are close friends. Both were part of the Indian team in ICC T20 World Cup 2007 tournament, in which India won the final by defeating Pakistan by 5 runs. Earlier in the day, many cricketers also wished Yuvraj Singh on his 38th birthday. Yuvraj Singh Birthday Special: Seven Facts About the Stylish Left-Hander As he Turns 38.

Former Indian cricketer Yuvraj Singh is also popular for his dancing skills. He has been captured showing his dance skills many times in the past. Yuvraj announced his retirement from Indian cricket on June 10, 2019. After his retirement, he continued to play foreign domestic leagues. He was part of recently concluded Abu Dhabi T10 League 2019. He played for Maratha Arabians who lifted the title in the third edition of the 10-over cricket tournament. Maratha Arabians defeated Deccan Gladiators in the final by 8 wickets.