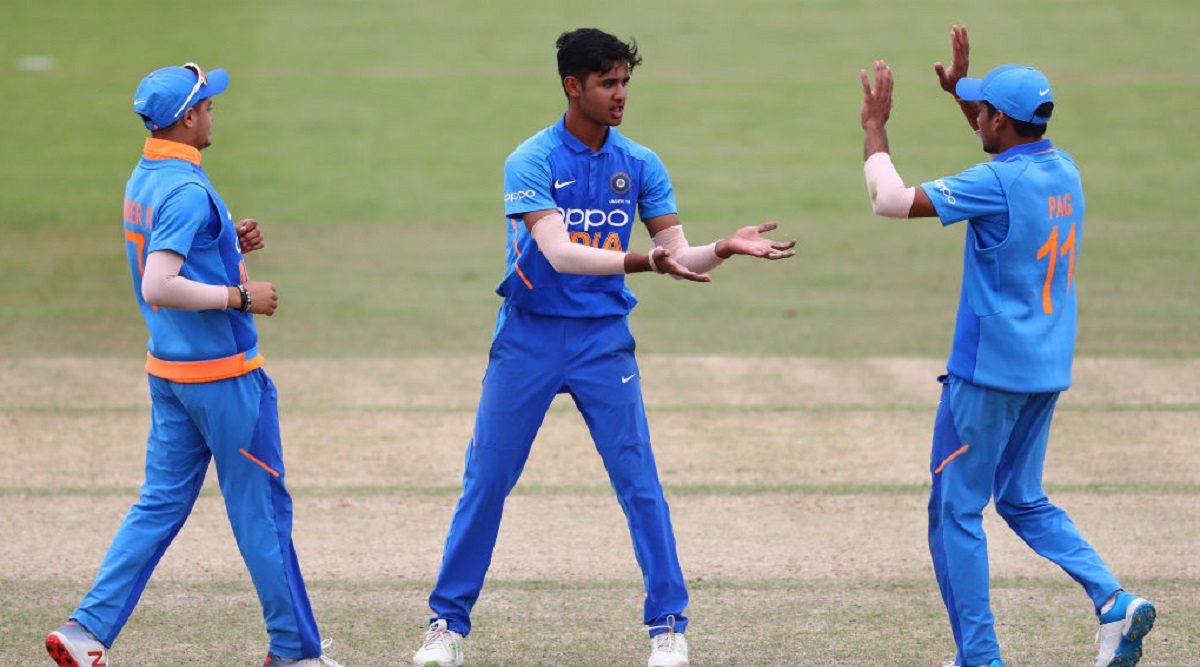 New Delhi, December 2: Priyam Garg will be leading India in their title defence at next year's ICC U19 World Cup to be held in South Africa from January 17 to February 9. On Monday, the All-India Junior Selection Committee announced the 15-member squad, with Dhruv Chand Jurel as vice captain. The 13th edition of the World Cup will be played between 16 teams, split into four groups. The top two teams from each group will then qualify for the Super League stage.

Defending champions India, who have been clubbed alongside New Zealand, Sri Lanka and Japan in Group A, will open their tournament campaign against Sri Lanka at the Mangaung Oval in Bloemfontein on January 19. On January 21 and 24, India will play their remaining two group games against Japan and New Zealand. India are the most successful team having won four titles till date, including in 2018, when they beat Australia by eight wickets in the final and remained unbeaten in the tournament. ICC Under-19 Cricket World Cup 2020 Schedule in IST, Free PDF Download: Full Timetable of U19 CWC 2020 Fixtures With Match Timings and Venue Details In South Africa.

Australia have won the trophy three times, Pakistan have won it twice while England, South Africa and the West Indies have won once each. South Africa, hosts in 1998 and champions in 2014, play their opening match at the Diamond Oval in Kimberley on January 17. The JB Marks Oval in Potchefstroom will be hosting two Super League quarter-finals, both semi-finals and the final.

The top 11 full members in the last edition in New Zealand and the five regional champions, who have qualified for the event, will also play warm-up matches from January 12-15 in Johannesburg and Pretoria. Ahead of the World Cup, the team will travel to South Africa for three one-day matches against South Africa followed by a Quadrangular Series featuring South Africa, India, Zimbabwe and New Zealand.